A Park Ridge woman is charged with battery after getting into a COVID mask argument with another customer at a nail salon.

PARK RIDGE, Illinois - A Park Ridge woman is charged with battery after getting into a COVID mask argument with another customer at a nail salon. 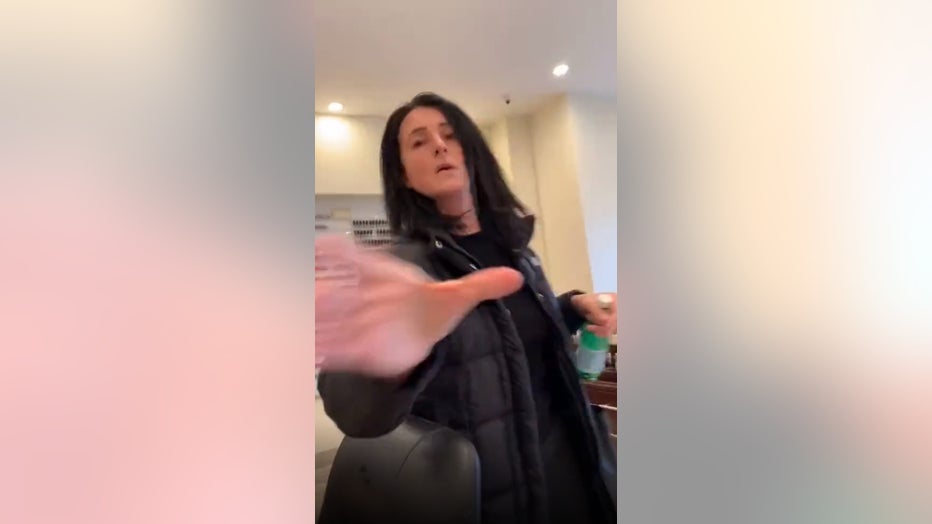 Park Ridge Police said that on March 24, Lidia Danciu, 47, was at the Venezia Nail Spa when another customer asked her to cover her nose with her mask. A video shows the the other customer repeatedly asking Danciu to wear her mask properly.

Police said the video then shows Danciu walking up to the customer, knocking the phone out of her hand and hitting her in the face.

Police were called immediately afterwards and spoke to the 18-year-old victim at the scene.

Danciu spoke with Fox 32 News off-camera on Wednesday. She said has been getting death threats since the video went viral. And she claims that she was wearing a mask, but took it off once the other customer started yelling at her about wearing it properly.

On March 29, Danciu was served with a local ordinance citation for battery. She is expected to be in court on May 7 in Skokie.

3-year-old with autism banned from airline over not wearing mask, Chicago family says

A Chicago family says their 3-year-old boy with autism has been banned from an airline since he would not wear a mask.