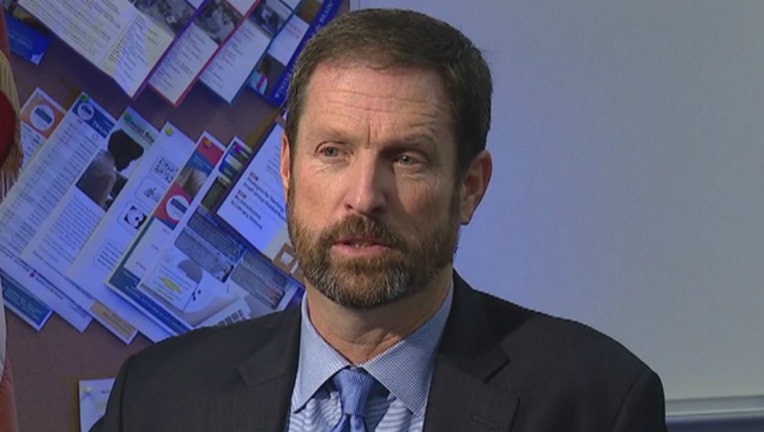 A tiny suburban school has about 100 students, but the superintendent is pulling in a salary of more than $200,000.

"On the surface, it's wow! That's too much. But have I earned it? You’d better believe it,” said Union School District 81 Superintendent Tim Baldermann.

Unlike other school superintendents with supersized salaries who've ducked our questions, Baldermann tackled the subject head on.

His contract also includes a $10,000 a year bonus, a car allowance, health insurance and picks up the cost of his pension contribution -- for a total compensation package of nearly $206,000.

"Yes I'm well compensated. You get what you pay for and we've delivered results here,” Baldermann said.

Two-hundred-thousand a year to run a school district isn't extraordinary. But what makes Baldermann's salary stand out is the size of the district: one building, eleven teachers and about 100 students, with as few as 92 a couple years ago.

It's one of the tiniest districts in Illinois, drawing from just 385 homes in Joliet and New Lenox, which is why the state board of education says the district is paying nearly $32,000 a year to educate each student, compared to $13,000 statewide.

"Roughly one out of every four dollars of district payroll is flowing into the pocket of Superintendent Tim Baldermann. There is no moral justification for the supersize salary,” said Adam Andrzejewski of “Open The Books.”

But Baldermann points out test scores have improved since he took over, and he also doubles as the school's principal among other duties.

"I'm in here sometimes putting a Band-Aid on a kid or an icepack. Sweeping up the floor. So when you're a little small school district like this, everybody pitches in,” Baldermann said.

Perhaps the bigger question is: why does the district even exist?

"There's no better example of why school district consolidation statewide is needed than this tiny Union School District,” Andrzejewski said. "You could fold in the entire fixed cost of this district into a neighboring elementary district at virtually no cost to Illinois taxpayers."

There are 852 school districts in Illinois and despite a consolidation pledge by Governor Bruce Rauner and recommendations from a 2015 consolidation task force, that number has barely budged.

FOX 32: "A lot of people say this is example A for school consolidation. Would you agree?"

"I thought that at first, I certainly do,” Baldermann said.

Baldermann says while he supports the concept of consolidating districts, taxpayers here would suffer because 80-percent of union's property tax revenues come from the good fortune of having a huge industrial park next door -- money that would have to be shared.

"We're fortunate that we're in the position that we have the money, but that's why we do what we do. That's why we provide the very best for our students,” Baldermann said.

In addition to his superintendent's salary, Baldermann receives a pension of about $70,000 a year for his work as a suburban police chief. He's also mayor of New Lenox and a member of the Metra Board for which he donates his salary to charity.