According to Sheriff Dave Marshak, a suspect fired at Missouri SWAT officers on May 28 shortly after they served a search warrant. (Source: Jefferson County Sheriff’s Office/ via Storyful)

CEDAR HILL, Mo. - The execution of a search warrant Friday night led to a shootout that left a Jefferson County sheriff’s deputy in the hospital.

According to Sheriff Dave Marshak, the suspect fired at SWAT officers shortly after they served the search warrant. Roughly an hour into the confrontation, a deputy was hurt.

Authorities transported him to a hospital where he underwent surgery. Marshak said the deputy was struck below his tactical vest, but he doesn’t believe his wound to be life-threatening.

"He’s a seasoned police officer," Marshak said. "He’s one of our best. The SWAT officer is well trained, disciplined, he's a great officer. If anybody can pull through, I think he's going to be fine." 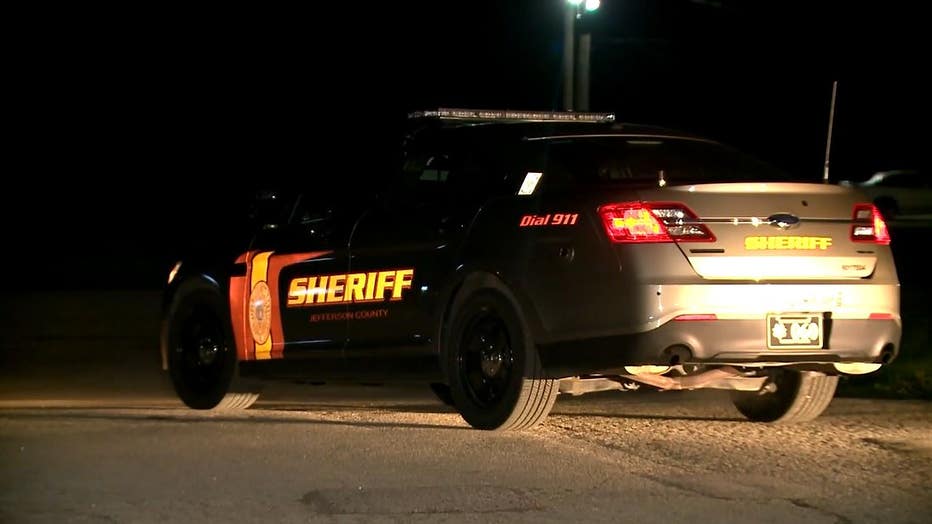 According to Sheriff Dave Marshak, the suspect fired at SWAT officers shortly after they served the search warrant. (Source: KMOV/NNS via FOX Edge)

The shooting continued well after the deputy had been injured. Ultimately, the suspect died of a gunshot wound, Marshak said. Authorities have not released his identity.

"I will tell you this suspect is known to law enforcement," Marshak said. "He has a lengthy history. This is not the first time he’s encountered law enforcement. The suspect was actively trying to kill police officers this evening, even shot at our armored vehicles."

A missing person case led investigators to the area. Marshak said that person may have been the victim of a homicide.