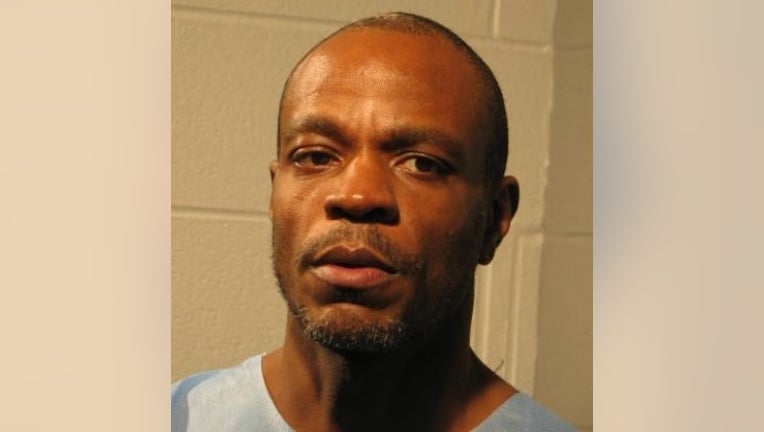 CHICAGO - After a daylong manhunt in West Englewood, officers shot and arrested a man suspected of shooting a Chicago police officer Saturday in the South Side neighborhood.

The suspect was shot about 3:35 p.m. following an “armed encounter” with officers near the intersection of 64th Street and Bell Avenue, Chicago police spokesman Anthony Guglielmi said in a tweet. No officers were injured in that encounter.

The suspect is believed to be 45-year-old Michael Blackman, who was wanted for shooting a 29-year-old woman Wednesday while riding a bike through the Fulton River District, Guglielmi said. His condition was not immediately known.

At about 8:40 a.m., the Chicago Police Department’s Fugitive Apprehension Unit arrived at a home near the intersection of 65th Street and Winchester Avenue to arrest Blackman in connection with that shooting, Chicago Police Supt. Eddie Johnson said.

Once officers knocked on the door, Blackman ran out the back of the home and shot the officer in the groin and leg, causing the officer to lose substantial amounts of blood, Johnson said. The officers returned gunfire, but it was unknown if the suspect had been shot.

The wounded officer applied a tourniquet to his leg while other officers placed him in a squad car. An ambulance picked him up at the corner of 87th Street and Winchester Avenue minutes later and took him to Christ Medical Center in Oak Lawn, Chicago fire officials said.

Johnson said the officer is 40 years old and a 16-year Chicago Police veteran in the fugitive apprehension team.

Blackman has an extensive arrest history going back to 1991, Johnson said. His charges include burglary, battery, domestic battery, criminal trespassing, disorderly conduct, driving on a suspended license, and criminal possession of a controlled substance.

“We are actively deploying all available resources to locate the offender,” Johnson said.

“He came basically bleeding to death. He had already lost a significant amount of blood and was taken … to the operating room for surgery,” Kayle Lee said.

She said medical personnel started blood transfusions and then took him to the emergency room, where surgeons found a bullet wound to his groin and two bullet holes in his lower left leg.

Medical staff treated the officer’s injuries, and he’s in the intensive care unit, where his condition stabilized, Kayle Lee said. He’s expected to have a full recovery.

Mayor Lori Lightfoot arrived at the hospital about 11:15 a.m. and went straight upstairs to meet with the officer’s family.

Afterward, she spoke with reporters to thank the officers in the fugitive apprehension team as well as the Christ Medical Center staff who helped treat the officer’s injuries.

“This morning, we were reminded of the sacrifice our officers make every day to protect the residents in the city of Chicago,” Lightfoot said.

SWAT teams, U.S. Marshals and the Bureau of Alcohol, Tobacco, Firearms and Explosives were all involved in the search.