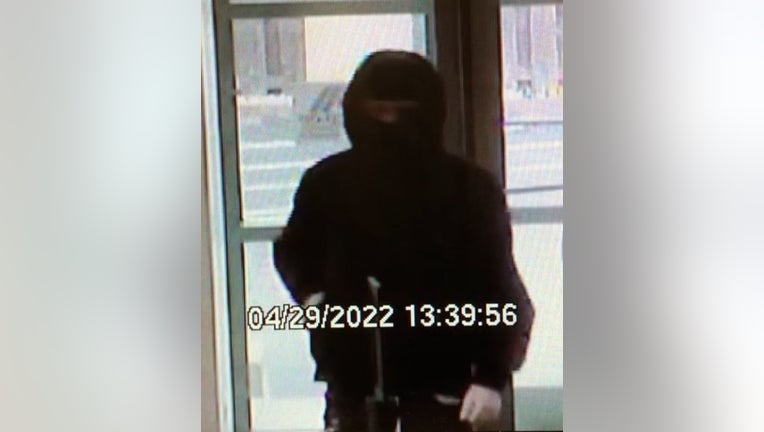 EVERGREEN PARK, Ill. - The FBI is looking for a suspect who attempted to rob a bank in Evergreen Park Friday afternoon.

According to the FBI, the suspect verbally threatened bank employees and demanded funds.

No firearm was displayed or implied.

The suspect is described as a Black man in his 20s. He has a thin build, and was wearing a black jacket, hooded sweatshirt, ski mask, white and clear plastic gloves, dark jeans and dark tennis shoes.

The suspect left on foot and remains at large.