LOS ANGELES - A pursuit in the San Fernando Valley Monday evening ended with the suspect surrendering to police in a Pacoima neighborhood.

Los Angeles police were in pursuit of a possible stolen vehicle driven by a suspected gang member that authorities believed may have been armed.

The suspect led officers on a chase that saw the 170 freeway, and surface streets  -- blowing through red light and driving over center dividers, and at times, reaching speeds of more than 90 mph. 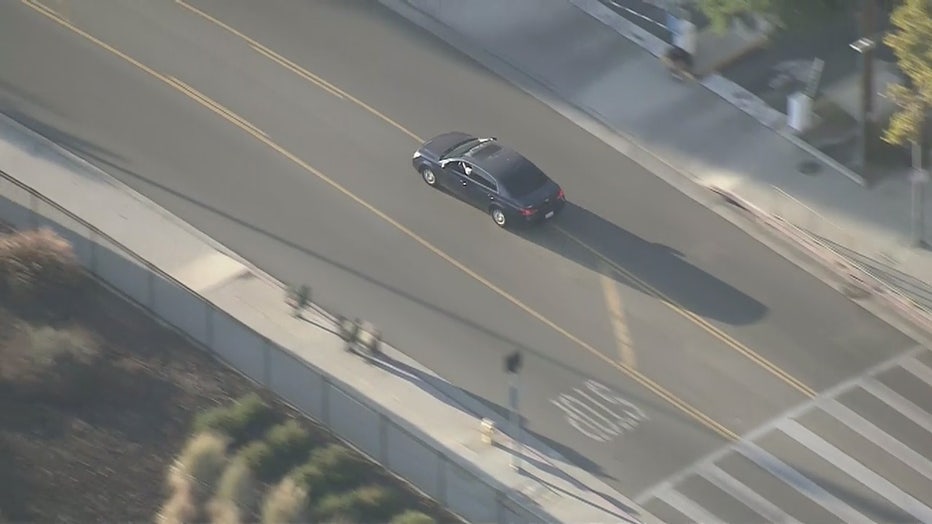 At one point during the pursuit, two passengers bailed out of the suspect vehicle and took off running into a neighborhood in the Sun Valley area. It's unknown if they were caught.

Items were seen being tossed from the car.

After driving through the same area multiple times, the driver eventually stopped in front of a home in the area of Telfair Ave and Debell Street in Pacoima. Several individuals were seen coming out to the street from that property to talk to the suspect who sat down on the sidewalk and waited until police arrived.

It's unknown if the suspect knew those individuals.

The suspect surrendered to police and was taken into custody without further incident.

No further details were immediately known.