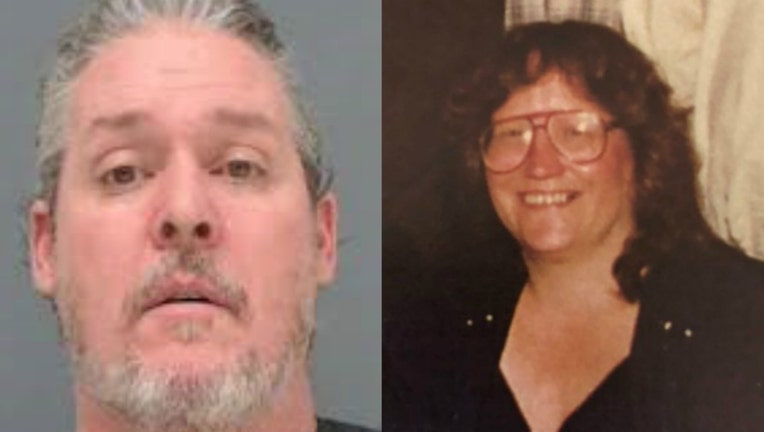 WAUKEGAN, Ill. - A suspected serial killer in custody in Ohio has been charged with the 1997 murder of a woman at an abandoned truck stop near Illinois’ border with Wisconsin.

Samuel William Legg III, 52, is charged with two counts of first-degree murder for the death of 39-year-old Julie A. Konkol, according to a statement from the Lake County sheriff’s office.

The charges are the result of an investigation involving the sheriff’s office, the FBI and several Ohio law enforcement agencies.

“We are so thankful we were able to take the first steps of providing justice to Julie Konkol and her family,” Lake County Sheriff John Idleburg said in the statement. “We always strive to be the voice of those who cannot speak anymore and always stand with victims as their advocates to ensure they can achieve justice.”

Konkol was found strangled on Oct. 23, 1997, behind the abandoned Senter’s truck stop in the 43000 block of Old Route 41 in Russell, the sheriff’s office said.

In 2018, the suspect’s DNA was tested looking for a familial or direct connection, which led investigators to Legg. He was “found to be a one-in-one-trillion match as being the source of the DNA found on Konkol,” the sheriff’s office said.

At the time of the murders, Legg lived in Ohio and worked as a truck driver throughout the Midwest, officials said.

He was arrested in January 2019 in a separate Ohio sexual assault case from 1997, the sheriff’s office said. He was living in Chandler, Arizona, at the time and was extradited to Ohio to face the charges. He was later charged with the 1992 murder of Sharon Kedzierski in Mahoning County, Ohio.

Lake County sheriff’s investigators traveled to Ohio, where Legg remains in custody, to interview him in connection to the homicides. He was subsequently charged with Konkol’s murder and will eventually be extradited to Illinois to face the charges.

His bail in the Lake County case was set at $3 million, according to the sheriff’s office.