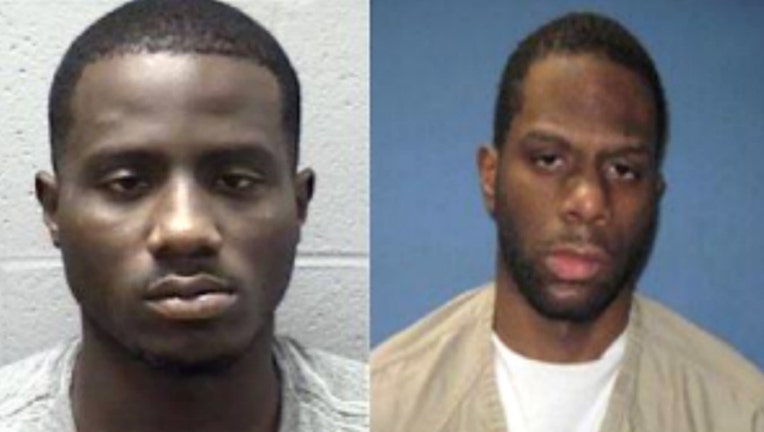 Isaiah Butler (left) and Xavier Butler are wanted in a fatal shooting in Elgin from Aug. 6, 2019. | Elgin police

ELGIN, Ill. (Sun-Times Media Wire) - Two brothers wanted in a fatal Elgin shooting have been arrested and charged with murder.

Xavier Butler and Isaiah Butler are each charged with two counts of first-degree murder, according to Elgin police.

Xavier Butler also faces a found of possession of a firearm while on parole and count of aggravated unlawful use of a weapon, police said. He was ordered held on a $2 million bail. Isaiah Butler was held on $1 million bail.

They surrendered themselves to Elgin police officers on Aug. 10, police said.

On Aug. 8, the Butlers were allegedly part of an argument that turned physical in a parking lot in the 1200 block of Fleetwood Drive, police said.

Joshua Bey, 24, was shot multiple and later died at St. Joseph Hospital in Elgin, according to police and Kane County coroner’s office.

“We want to thank the community for their help, law enforcement agencies that assisted, individuals who helped facilitate the surrender of both men, and the diligence of Elgin officers and detectives that brought a timely resolution to this case,” Elgin Police Chief Ana Lalley said in a statement.