VILLA PARK, Ill. - Bond has been set at $2 million for two Chicago men charged with carjacking a 35-year-old woman at gunpoint in Villa Park.

Just before 2 a.m. Tuesday, Villa Park officers responded to a call on Ardmore Avenue regarding a carjacking, authorities said.

Police said the victim was sitting in the driver's seat of her Jeep Cherokee in her driveway when two male subjects wearing hoodies and face masks approached the vehicle.

Allegedly, one of the subjects asked the victim what time is was and then opened her car door and began to pull her out of it.

The second subject allegedly pointed a gun at her face.

They both then pulled her out of the car and and drove off in it. 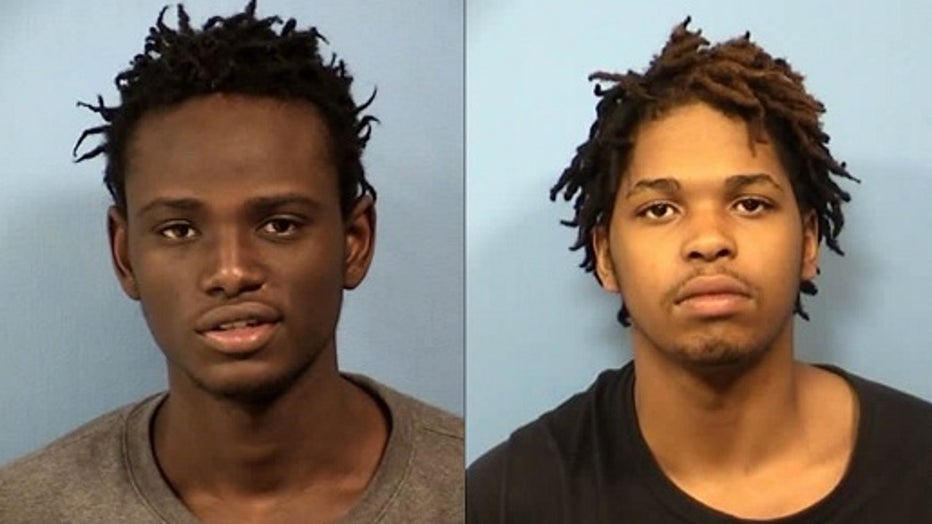 Elmhurst police observed the victim's car on North Avenue and attempted to stop it.

The suspects refused to stop and continued to drive at a high rate of speed onto I-290 eastbound, authorities said.

Eventually, the suspects got off I-290 on the 25th Avenue ramp and crashed the car before fleeing on foot for about 500 yards before being taken into custody.

If found guilty, Strong and Marshall face a penalty of between 21 and 45 years in the Illinois Department of Corrections.