Dramatic video shows the moment a group of suspects opened fire on a victim outside a Melrose clothing store and tried to chase down in what police are calling a brazen robbery attempt.

LOS ANGELES - Dramatic video shows the moments a group of suspects tried to chase down a victim in a brazen robbery attempt in the Melrose District.

According to the Los Angeles Police Department, a man noticed he was getting followed by two men coming from a nearby alley in the Melrose District on April 10 at around 6 p.m. The man, who told LAPD he was wearing an expensive watch at the time, sprinted into a store on Melrose Avenue before the suspects followed the man and started firing six shots in the man's direction. 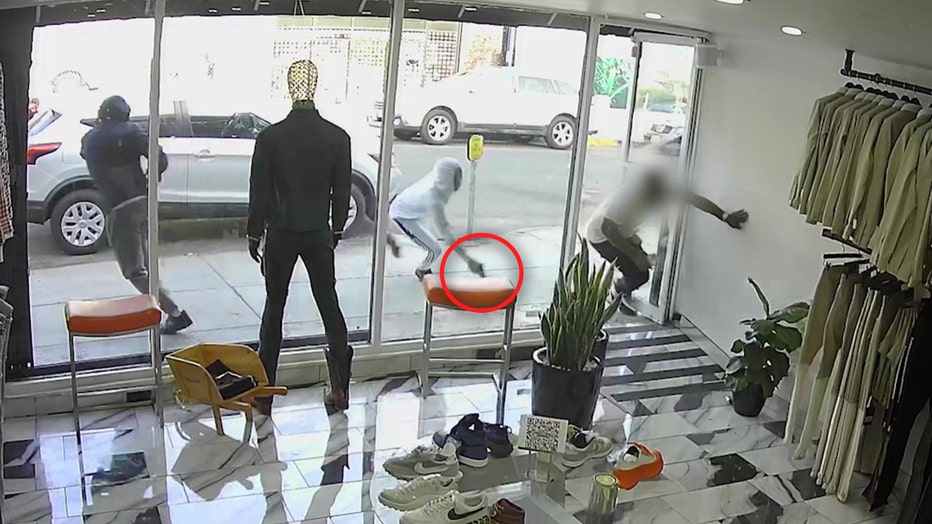 LAPD said the suspects fired about six rounds toward the man's direction. The victim was not hit by the gunfire, LAPD said.

On April 18, LAPD found an arrested 22-year-old Jamario Ray in connection to the violent robbery attempt. Ray is being charged with attempted murder and the bail was set at $1 million.

A brazen attempted robbery ended in a shooting in the Melrose District. The victim was not hurt in the traumatic incident. 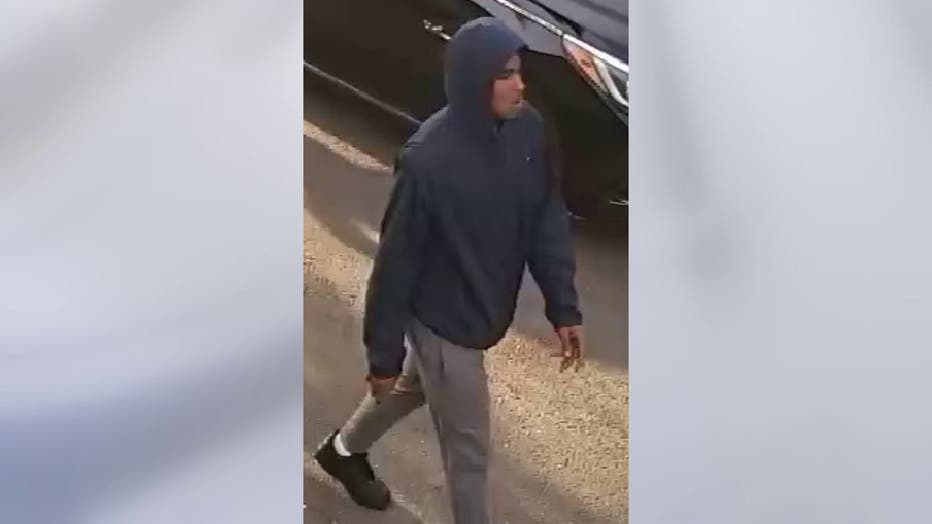 A second suspect remains on the run after a shocking video showed two suspects chasing down and opening fire at a victim's direction in a brazen robbery attempt. PHOTO: LAPD.

Anyone with information on the incident or the two suspects is asked to call 213-486-6840.