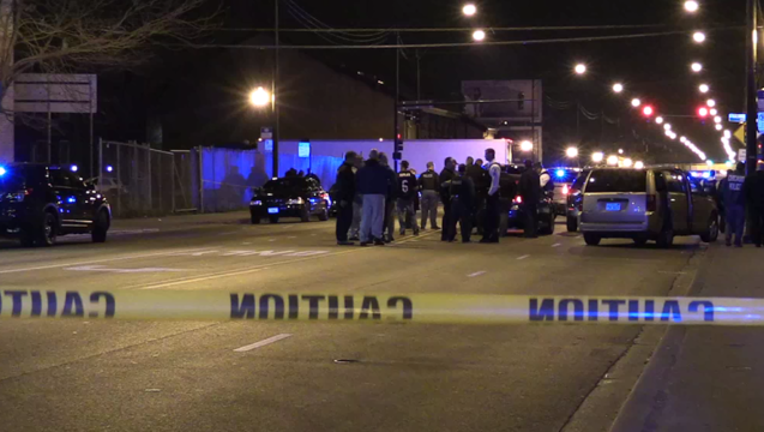 Police investigate the scene where a CPD officer was shot with a pellet gun Friday night. | Network Video Productions

CHICAGO (Sun-Times Media Wire) - A 16-year-old boy has been charged with shooting a Chicago Police officer with a pellet gun Friday night in the Austin neighborhood.

The officer was working on a vice operation about 10:30 p.m. in the first block of North Cicero Avenue when he was shot, police said.

He was taken to a hospital to be evaluated for injuries that weren’t considered life-threatening.

Three other people questioned after the shooting were released without charges, police said.