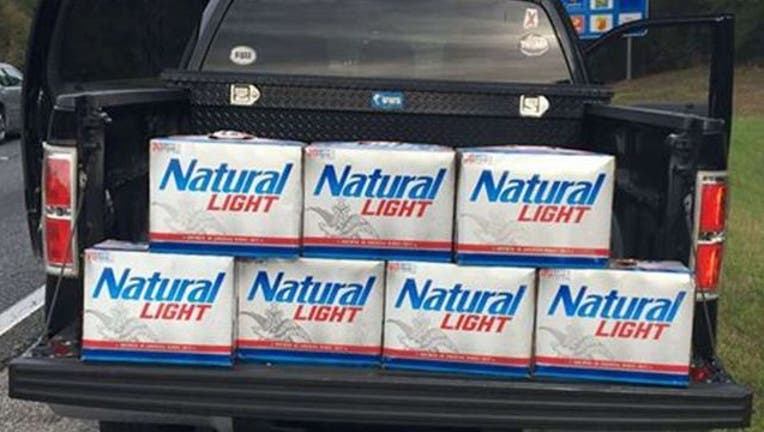 FOX NEWS - A 19-year-old University of Alabama student speeding toward some spring break festivities was arrested in Florida Friday after police say they found seven cases of beer and marijuana in his pickup truck.

Alden Whiteside was stopped by the Okaloosa County Sheriff’s deputies on Interstate 10 on suspicion of driving recklessly while he was on his way to the town of Destin, Action News Jax reported.

A deputy found the cases of Natural Light in Whiteside’s truck as well as marijuana in the center console, authorities said.