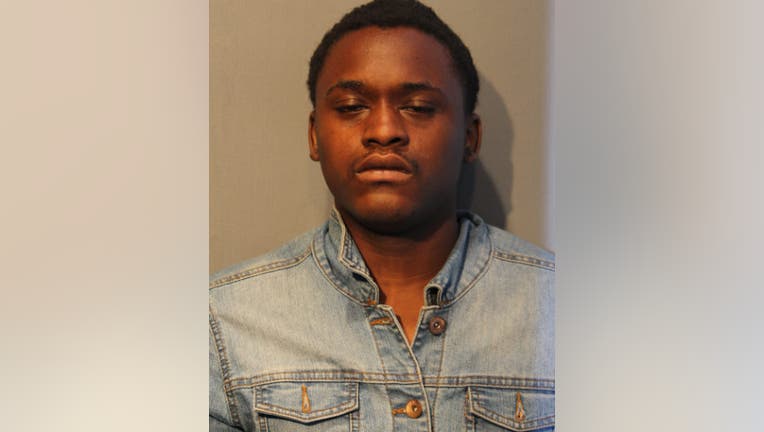 CHICAGO - Two teenagers have been charged in connection with the killing of a 73-year-old Marine veteran who was beaten to death during an attempted carjacking in Hyde Park.

Keith Cooper was running some errands Wednesday afternoon in a small shopping plaza in the 5300 Block of South Kimbark Avenue, Chicago police said.

Cooper exited his vehicle and walked towards the CVS. A 17-year-old juvenile suspect then approached Cooper from behind and snatched the keys from his hand, prosecutors said.

The key fob fell to the ground and the second suspect, 18-year-old Frank Harris, picked it up.

The suspects approached the driver’s side of Cooper's vehicle. The juvenile suspect stayed on the driver's side, while Harris went to the passenger's side, prosecutors said.

Cooper called out for help and demanded his keys back from the juvenile suspect.

Harris then walked around the rear of the vehicle and punched Cooper in the head from behind.

Cooper was seen on surveillance video grabbing his head and taking a step back, prosecutors said. He then approached the juvenile suspect again, and the juvenile pushed Cooper in the torso area.

A 73-year-old man died from a heart attack after being beaten during an attempted carjacking in Hyde Park. He was a father, grandfather and veteran.

On security video, both suspects are seen attempting to get into Cooper's vehicle.

One witness allegedly saw the juvenile suspect holding his waistband indicating that he had a firearm.

Another witness allegedly shouted that the suspects did not have a firearm. Both witnesses called 911.

When Harris and the juvenile were unable to enter the vehicle, they fled, which is captured on surveillance video, prosecutors said.

About two minutes after the the suspects fled, Cooper collapsed. An off-duty paramedic arrived and began chest compressions.

Cooper was taken to the hospital where he was pronounced dead.

The suspects were located by University of Chicago police, about a half-mile from the crime scene.

The 17-year-old boy, who was not named due to his age, was charged with one count of first-degree murder and one count of attempted aggravated battery to a person over 60.

Harris was charged with one felony count each of murder and aggravated vehicular hijacking.

Prosecutors said Harris was sentenced to two years of probation on May 13 for a prior aggravated carjacking. Harris was also involved with the violence prevention youth group Good Kids Mad City in the recent past.

Cooper served in the Marines and did two tours in Vietnam. He loved jazz, Star Trek and horror movies.

He was also an avid reader, the type of person who would read back labels, according to his daughter Keinika Carlton. He would regularly send his daughter emails or texts with links to articles he’d seen online about different topics. "I’ll miss getting those."

Carlton said she will remember her father for "his love, his support, his smile, him coming over for no reason."

FOX 32 contributed to this report.

A man is dead after being carjacked in Hyde Park Wednesday afternoon.