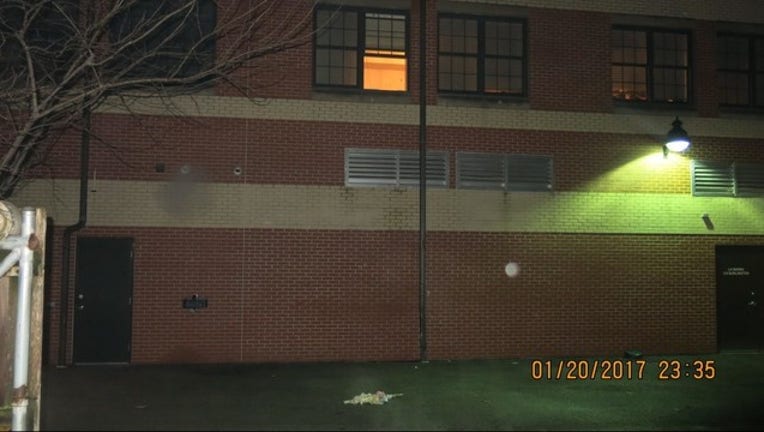 (SUN TIMES MEDIA WIRE) - Officers were called to a Riverside condo Friday night for a possibly burglary in progress, but learned six teens had thrown a party at their family’s unit in the western suburb.

A relative went to check on an in-law’s condo about 9:40 p.m. in the first block of East Burlington and encountered someone behind the front door holding it shut and voices inside, according to Riverside police. No one should have been at the home since the owners had been away for a while.

As officers arrived, a 15-year-old boy jumped 25 feet out a second-floor, rear window and then ran before officers could catch him, police said. Officers and a K9 searched the area and were able to find some items from the home in the yard.

Investigators learned that a boy was taken to Elmhurst Hospital for treatment from the fall. He injured his hand, wrist and arm, and immediately went into surgery on Friday.

Large amounts of alcohol were found inside the condo and police discovered that four boys and two girls, ages 15 and 16, threw a party, police said. Two of the teens were related to the condo owner.

The condo owner was not interested in pursuing criminal charges and was uncooperative with police since family members had been the people inside the home. However, police are continuing to investigate the incident.

“I have directed my investigators to look into the parental responsibility ordinance that Riverside has in place and if warranted, charge those involved and their parents,” Riverside Police Chief Weitzel said in a statement. “Police resources not only from Riverside but North Riverside and the Forest Park K9 unit were used, not to mention the fact that numerous residents and visitors watched the scene unfold as it happened directly in the center of town Friday night.”