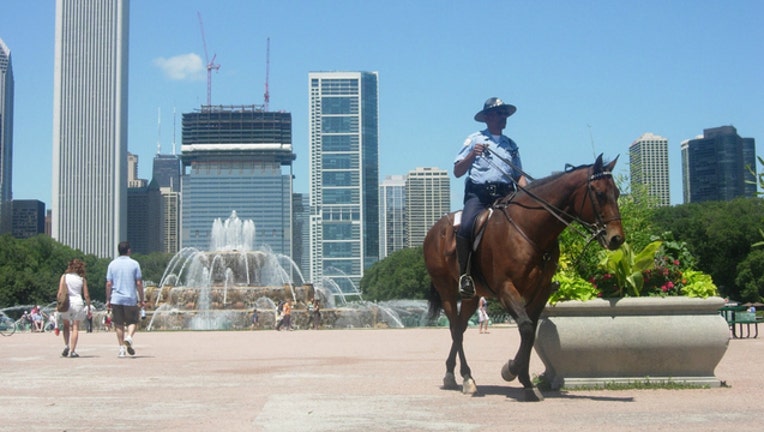 The boys, 15 and 17, were among a group that was threatening each other and beginning to fight in the 400 block of South  Michigan Avenue, according to Chicago police.

A CPD mounted unit officer tried to break up the scuffle about 7 p.m. by placing his horse in the middle of the group, police said.

Officers arrested the older boy at the scene, according to police. The younger boy ran away, but was arrested by a bike unit in the 100 block of East Van Buren Street.

They were both charged with a single misdemeanor count of “teasing, striking or tampering with a police animal,” police said.