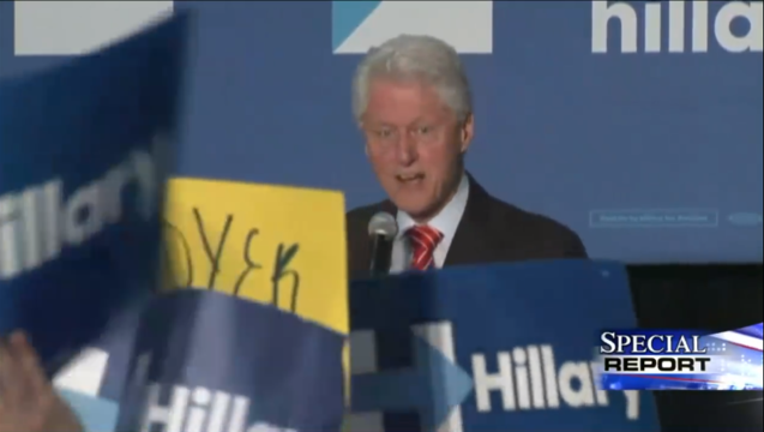 Former President Bill Clinton was involved in a heated exchange with Black Lives Matter protestors Thursday at a Hillary Clinton campaign event in Philadelphia, where he was forced to defend his record as president and his wife’s past statements. For almost 15 minutes Clinton sparred with protesters who objected to the 1994 criminal justice reform bill he signed into law as president that increased prison sentences for a number of gang-related offenses. Black Lives Matter activists claim the bill disproportionately hurt African-Americans. A visibly agitated Clinton told the protesters that the bill helped crack down on gangs who were killing African-American children.

"I talked to a lot of African-American groups. They thought black lives mattered. They said take this bill because our kids are being shot in the street by gangs. We had 13-year-old kids planning their own funerals," Clinton said.

One protester yelled that “black youth are not super predators” – a reference to a statement Hillary Clinton made as first lady. The former president shot back.

“I don't know how you would characterize the gang leaders who got 13-year-old kids hopped up on crack and sent them out onto the streets to murder other African-American children, maybe you thought they were good citizens,” Clinton said, his face turning increasingly red. “She didn’t...You are defending the people who killed the lives you say matter.  Tell the truth.  You are defending the people who cause young people to go out and take guns,” Clinton yelled.