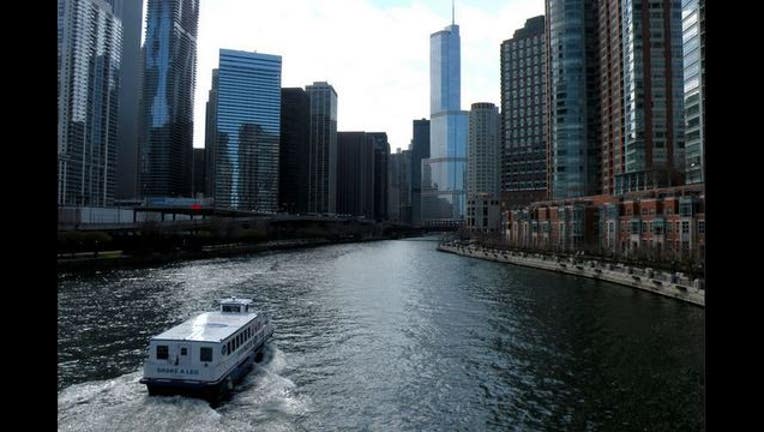 CHICAGO (AP) — Testing by the Cook County agency handling sewage and stormwater shows high levels of bacteria from human waste at more than a dozen spots along the Chicago River.

The Metropolitan Water Reclamation District found that levels of disease-causing germs in some areas on the river, stretching through the North Side and downtown to the Bridgeport neighborhood, routinely exceed state standards for recreational waterways, the Chicago Tribune reported.

New disinfection equipment will be installed next summer in an effort to make the river safer. But city officials don't plan to begin informing the public about potential health threats in the Chicago River, like they do with Lake Michigan beaches.

"We're at this point where recreation is booming, but we still aren't where we need to be when it comes to water quality or informing the public about what's in the river," said John Quail, director of watershed planning at Friends of the Chicago River, a local nonprofit dedicated to revitalizing the waterway.

More than 100 years ago, engineers reversed the Chicago River away from Lake Michigan to separate the area's waste from its source of drinking water. The Sanitary and Ship Canal and North Shore Channel were created to move sewage away from the city and open a shipping link between the Great Lakes and the Mississippi River system.

Some stretches along the waterway are safe enough for recreation, while others display signs warning against "any human body contact" because of "bacteria that can cause illness."

Improvements to the water have been made over the past few decades, which have increased oxygen to allow about 10 times as many fish species to survive and reduced the amount of dangerous chemicals and heavy metal.

"Water quality is very good compared to what it once was," said David St. Pierre, the water reclamation district's executive director. "The disinfection projects we are implementing will improve it even more."

The state's recreational water quality standard is intended to be strict enough to protect swimmers, but nobody thinks the Chicago River is safe enough for swimming. Splashes of river water also can put paddler at risk if they accidentally ingest it or it gets into an open cut.