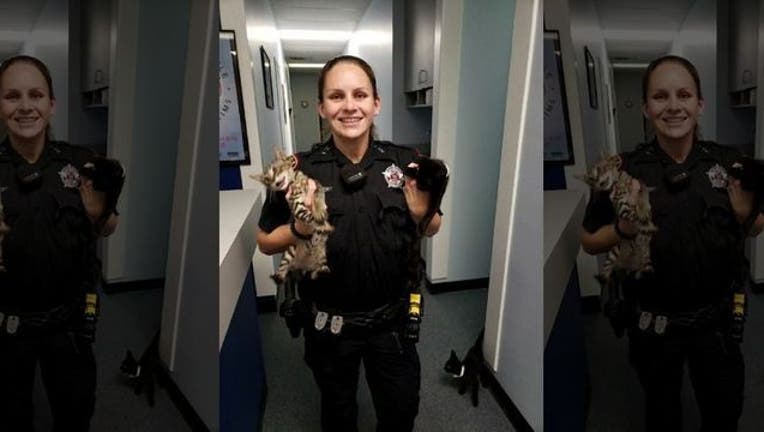 A Texas deputy who responded to a “suspicious gym bag” found that it actually contained three malnourished kittens, The Houston Chronicle reported.

The Harris County Constable’s Office Precinct 5 in Houston shared details about last week’s incident in a Friday Facebook post. The office said that deputies were called out “to investigate a suspicious gym bag left on a median. The caller told our dispatchers that the bag was ‘moving.’”

Deputy Debra Albert responded and discovered the animals, taking the “starving” cats to a substation, according to the post. “She and Deputy Diego Loucel took care of them until they could be turned over to one of our Animal Crimes deputies who took the abandoned little ones to the proper animal control authorities to get them examined by a veterinarian,” the office revealed.

The Facebook post included several snaps — one of which showed a cat on a couch while next to a desk phone. Read more on FOX NEWS.