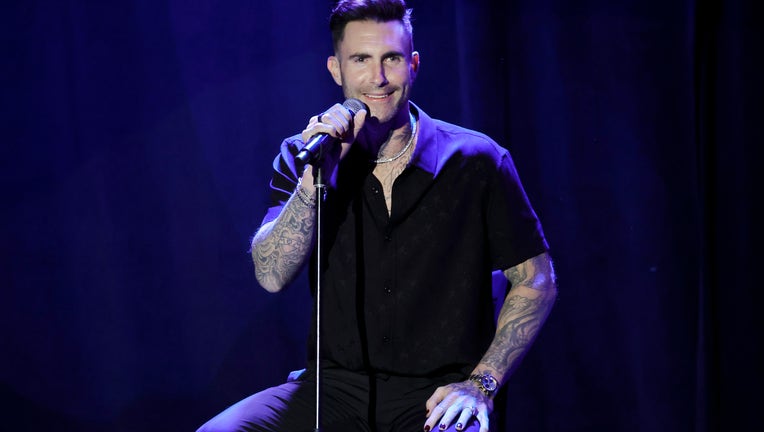 AUSTIN, Texas - An Instagram model, who graduated from the University of Texas, has gone viral after posting a TikTok in which she claims she had an affair with Maroon 5 frontman Adam Levine.

Sumner Stroh posted the video on TikTok on September 19.

In the video, which has more than 1 million likes and has been viewed more than 15 million times, Stroh says, "I was having an affair with a man who's married to a Victoria's Secret model. At the time I was young, I was naive, and I mean quite frankly I feel exploited."

Stroh says she was seeing Levine for about a year but did not specify the exact time. She showed screenshots of Instagram DMs that appear to be Levine's verified account.

After she stopped talking to Levine for a couple of months, Stroh says Levine allegedly contacted her via Instagram and said, "Ok serious question. I'm having another baby and if it's w boy I really wanna name it Sumner. You ok with that? DEAD serious."

Stroh claims she didn't want to publicly talk about her experience but says that she shared her story with a friend and that friend attempted to sell the story to a tabloid.

Stroh posted a second video addressing things she says she wished she had in the first video. She responded to people who criticized her and says she was not "trying to gain sympathy" and she said, "I fully realize I am not the victim of this. I'm not the one who's really getting hurt here."

She also apologizes and says that she believed Levine's marriage was over and explained she said she felt exploited "because he knew I believed everything that he said because of my vulnerable position of being new to LA." 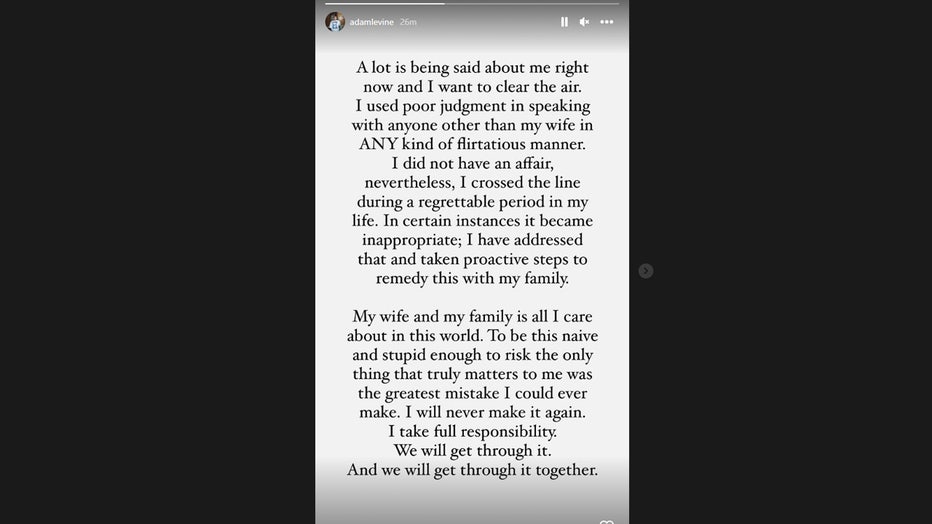 Screen shot of Adam Levine's Instagram story in which he addresses claims he had an affair.

While not addressing Stroh directly or naming her in his response, Levine made a post on his Instagram story on September 20 in which he admitted to "inappropriate" actions but denied he had an affair. The post said the following:

"A lot is being said about me right now and I want to clear the air. I used poor judgment in speaking with anyone other than my wife in ANY kind of flirtatious manner. I did not have an affair, nevertheless, I crossed the line during a regrettable period in my life. In certain instances it became inappropriate; I have addressed that and taken proactive steps to remedy this with my family."

"My wife and my family is all I care about in this world. To be this naive and stupid enough to risk the only thing that truly matters to me was the greatest mistake I could ever make. I will never make it again. I take full responsibility. We will get through it. And we will get through it together."

Levine has been married to Behati Prinsloo since 2014. The couple has two daughters, ages 4 and 5, and recently announced they were expecting a third child.