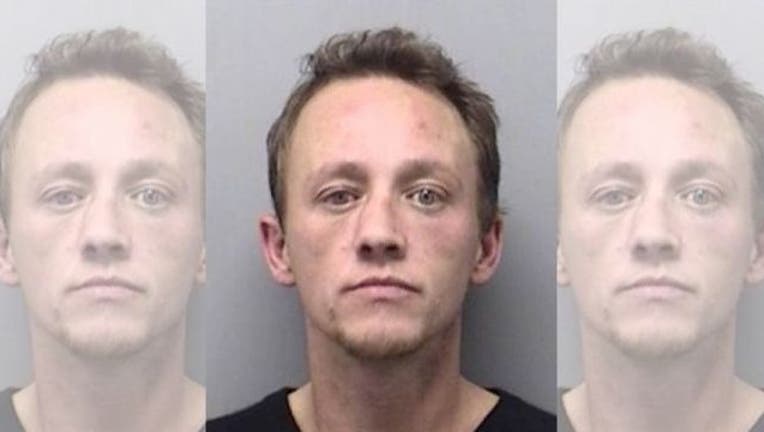 While Thanksgiving may be close at hand, residents in a small Texas town are still thinking about Halloween after a local man was arrested for passing out pornographic DVDs to trick-or-treaters.

Brad Collins, 32, was arrested earlier this month and charged with the sale, distribution or display of harmful material to minors – a class A misdemeanor. He posted $5,000 bond and was released from jail early last week.

"I believe these allegations are being brought way out of proportion," Collins told WFAA.

Neighbors said that Collins was helping his community pass out Bible verses to trick-or-treaters as part of a 25-year-old tradition in Boyd – a town located an hour northwest of Dallas - where police close the street so thousands of children can collect candy safely.

"He was helping us pass out the Bible tracks and Bible stories and he wanted to do something to give a little more," said Collins’ neighbor James Arrington.