BEAUMONT, Texas - A restaurant in Beaumont, Texas, helped to make a little girl’s wish come true by opening up early for her and her family last month.

Adelaide Stanley was diagnosed with acute lymphoblastic leukemia on July 1, 2019 — her third birthday — and she started treatment only days later. But because of her cancer, which affects her white blood cells, her immune system has been weakened, and Adelaide has been confined mostly to her home or her treatment center, which has been tough on the “very active” young girl.

“We’ve had to put her in a bubble, pretty much,” according to Adelaide’s mom, Vanlan Nguyen, who tells Fox News that her daughter’s life has drastically changed since the diagnosis. 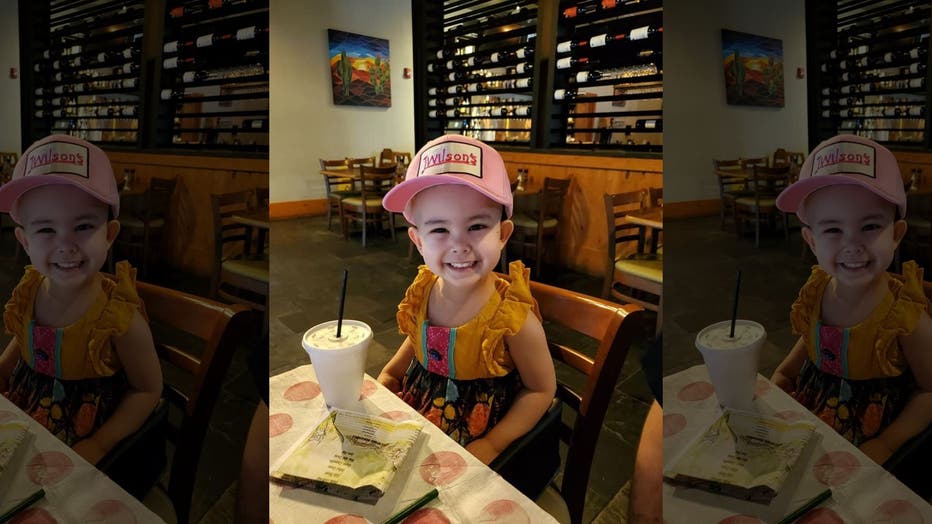 Adelaide Stanley was diagnosed with acute lymphoblastic leukemia on July 1, 2019. As a result of her weakened immune system, she's also been unable to enjoy regular outings, aside from an occasional solo dance class. (Vanlam Nguyen)

As Nguyen explains, Adelaide is still a bit too young to understand the risks associated with her form of cancer. So when Adelaide spotted one of the family’s favorite restaurants from her dad’s car, she wondered if they could all go out for brunch as a family, just like they used to before her diagnosis.

“That was so hard,” Nguyen said, explaining that the request brought a tear to her husband’s eye. “He said, ‘Baby, when you’re not sick anymore, when you get better, we can go eat there.’”

Nguyen says she told a friend at work about Adelaide’s request — and unbeknownst to Nguyen, her friend reached out to the restaurant to ask a favor.

It’s a good thing she did, too, because the restaurant had missed seeing Adelaide and her family.

“They used to come to brunch all the time,” said John Wilson, owner of J. Wilson’s restaurant in Beaumont. “She got diagnosed about [a] year ago, and they’ve been in confinement for a while.”

Get breaking news alerts in the FOX 7 Austin News app. It is FREE!

Wilson tells Fox News that the restaurant immediately arranged to open early for Adelaide and her family to have a private meal, disinfecting the dining area and decorating a table with pink accents, celebrating Adelaide’s favorite color.

“[Adelaide’s parents] wanted to cheer [her] up, but they could only do so much, and that’s hard,” said Wilson. “So when a family friend reached out to us and told us the story … obviously we jumped on it.” 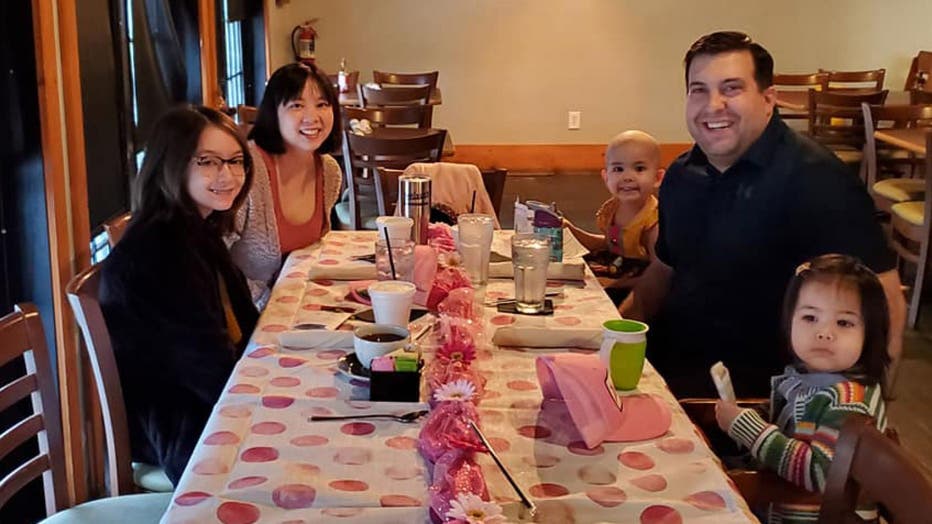 J. Wilson's in Beaumont, Texas, opened early for Adelaide (third from right) after a friend called them up and told the management that Adelaide missed visiting the restaurant. (Vanlam Nguyen)

Nguyen says Adelaide was “super excited” when she saw the table, adding that “her eyes lit up” upon seeing the pink decorations. But Adelaide was perhaps even more excited when the food came out.

“She absolutely loves their homemade biscuits,” Nguyen said of the food J. Wilson’s laid out before the family.

That wasn’t the only surprise J. Wilson’s had in store. When it came time to pay the bill, Nguyen says the staff told them their brunch was on the house.

“What they did — going above and beyond to help my daughter eat at her favorite restaurant — it’s just really amazing what they did. Because they didn’t have to,” Nguyen told Fox News.

Nguyen added that the support she’s received in response to Adelaide’s story has been “truly awesome,” as well.

“There were also lots of prayers going out to my daughter,” she said. “I’ll take every single one of them.”

Adelaide's doctors are hoping she’ll be cancer-free and back to her "very active" self by Sept. 2021, Nguyen said.