The Flagship Brewery Company has debuted an ale specifically brewed for the Tunnel to Towers Foundation.

NEW YORK - The Flagship Brewery Company on Staten Island has debuted an ale specifically brewed for the Tunnel to Towers Foundation.

"The Bravest is a golden ale,  it’s meant to be easy drinking and something that you can enjoy with your friends and family right in your backyard," said Mike Meldrum, an employee at the Flagship Brewery Company.

And it was an easy partnership between the brewery and the foundation that supports 9/11 first responders and their families — established in honor of firefighter Stephen Siller, who was raised on Staten Island and lost his life saving others on that tragic day.

"Their tagline is unforgettable beer from the forgotten borough and I thought what a great marriage that would be," said Donny Hudec, the Manager of Philanthropy for the Tunnel to Towers Foundation. "What a great collaboration that would be with Tunnel to Towers--part of our mission to make sure no one ever forgets what happened on 9/11."

﻿The launch is part of a series of initiatives the Tunnel to Towers Foundation has planned in commemoration of 9/11--20 years later.

"Being able to work with such an important foundation through our own passion of making beer is nothing short of amazing," added Meldrum.

And here’s something to "cheers" about — 50% of the profits from the beer will benefit the foundation. 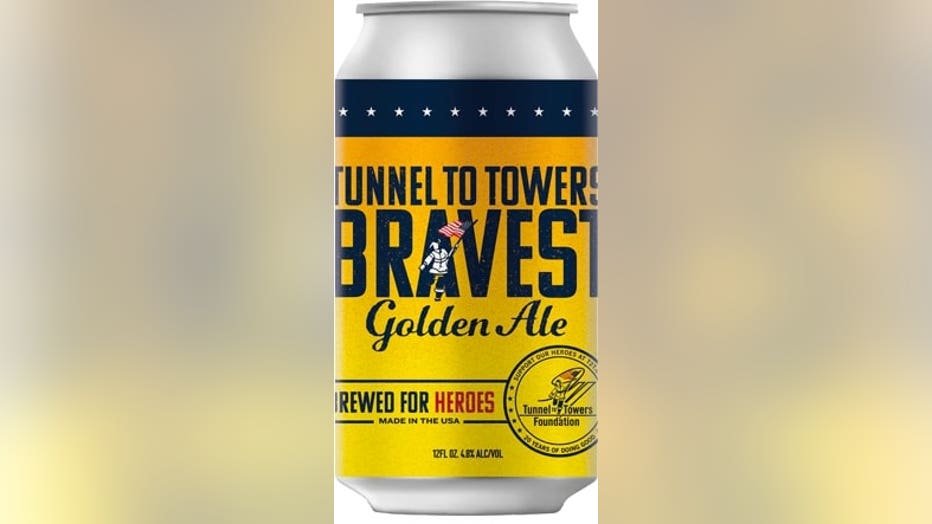 Bruce Springsteen performs at the 9/11 ceremony

Obama hails the heroes of 9/11

9/11 responders and other workers pay it forward as volunteers

New DNA technology approved to identify remains of more than 1,100 victims of 9/11

Surviving 9/11 was 'just the first piece of the journey'