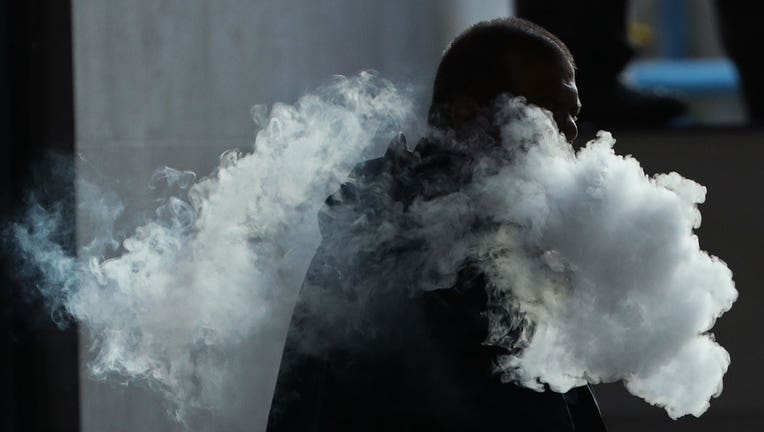 A man shrouded in shadow blows out a cloud of smoke after vaping. (Photo by Yui Mok/PA Images via Getty Images)

ILLINOIS - A third Illinois resident has died from vaping amid an “outbreak” of vaping-related illnesses, according to the Illinois Department of Public Health.

The health department announced the death Thursday, saying the Illinois resident recently vaped and had been hospitalized for a severe lung injury.

Health department spokeswoman Melaney Arnold declined to say the age of the victim, or the time or location of the death, citing patient privacy concerns.

She said a total of 166 Illinois residents have experienced lung injuries from vaping, and that their ages ranged from 13 to 75 years old, with a median age of 22. The health department is currently investigating another possible 42 cases in the state.

“New cases continue to be reported in Illinois and across the country,” Ezike said. “IDPH is urging Illinoisans not to vape or use e-cigarettes products, especially illicit THC based products, while we continue to investigate this outbreak.”

The cause of the vaping-related illnesses is still unclear. There have been over a thousand cases reported across the country.