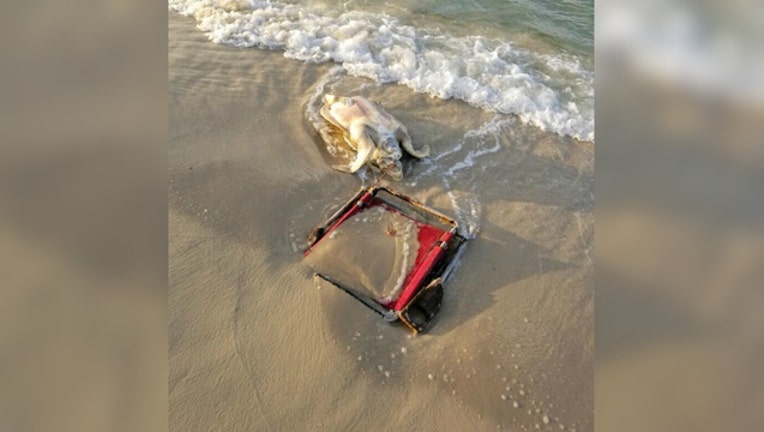 FORT MORGAN, Ala. (AP) -- An endangered sea turtle has been found dead on an Alabama beach with a beach chair string tangled around its neck.

Share the Beach spokeswoman Debbie Harbin told WKRG-TV that barnacles were found on the chair meaning it had been in the water for a while. She urges beachgoers to clean up their belongings and trash.

The National Oceanic and Atmospheric Administration says the sea turtle has been on the endangered species list since 1970.