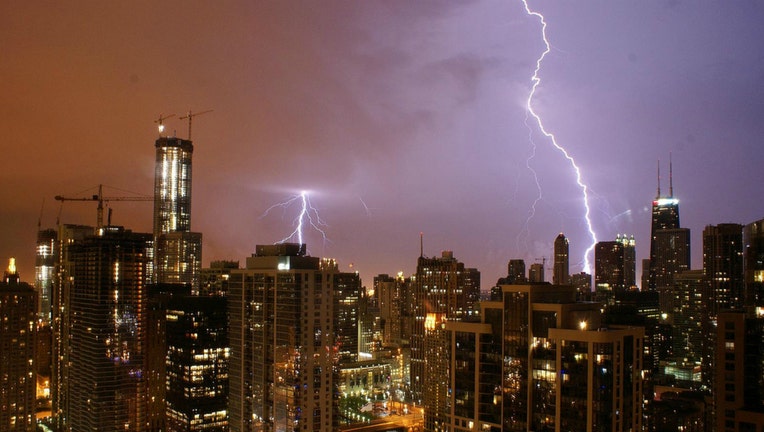 CHICAGO - Thunderstorms are expected to pass through the Chicago area later Wednesday, ushering in rising temperatures that could reach 95 degrees over the weekend.

There’s a 40% chance of showers and storms after 3 p.m., according to the National Weather Service.

The possibility of rain nearly doubles in the evening hours, when rainfall could reach up to three-quarters of an inch, forecasters said.

“Greatest severe chances will generally be south of I-80,” the weather service warned on Twitter. “Heavy rain will also result in an increased flash flooding risk into the evening hours.”

Heat and humidity will continue to climb into the weekend, when the heat index could reach 105 degrees, according to the weather service. There’s also a slight chance of storms on Saturday and Sunday.

Last week, the city opened its cooling centers as temperatures reached the low 90s. There was no word early Wednesday if the city planned to reopen its centers this weekend.