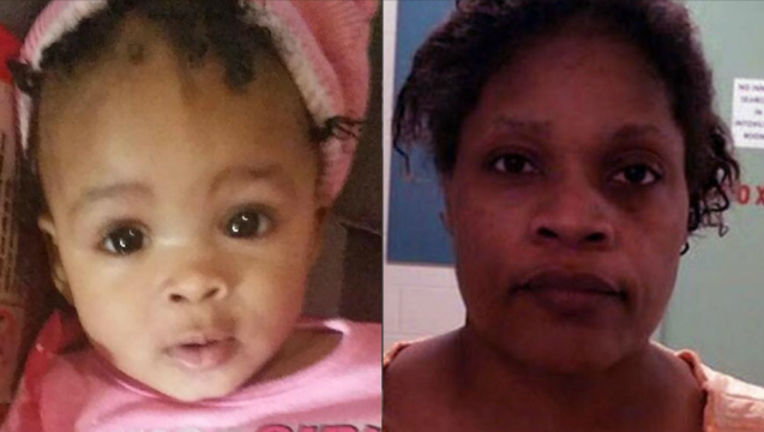 Royalty Marie Floyd was still alive when her grandmother, Carolyn Jones, put the 20-month-old toddler inside an oven at her Mississippi home, a coroner's report said earlier this week. (GoFundMe/Bolivar County Sheriff's Office)

(FoxNews.com) - A 20-month-old girl found stabbed and burned inside an oven at a home in Mississippi last week was still alive when her grandmother allegedly stuck her inside, an autopsy report revealed.

Royalty Marie Floyd died “from sharp stab wounds and inhaling the heated air in the oven,” according to the coroner’s report, obtained by the Bolivar Commercial.

The grandmother, identified as 48-year-old Carolyn Jones, was charged Oct. 16 with first-degree murder and held on $500,000 bond, the paper reported. At the time it was unclear to investigators what led to the toddler’s death.

Bolivar County Sheriff Kelvin Williams said Jones's brother found the body the night of Oct. 15 and called police in Shaw, a town of about 2,000 people approximately 100 miles northwest of Jackson.

"This is one of the most horrible things I've seen in doing law enforcement,” Williams, with 26 years on the job, said of the killing. “The hardest part ... is to see a child victim."

The child was found inside a beige frame house in the north end of Shaw. Police tape still surrounded part of the house the morning of Oct. 16, while a stroller, high chair and trash barrel of toys, including a scooter, sat near the curb outside the house. Williams said the toys had belonged to the child.

“Royalty Marie Floyd was the best thing that ever happened to me,” Veronica Jones wrote on Facebook, according to the New York Post. “She’s my one and only daughter. My first love. The hardest thing that I ever had to go through in my life. My heart has been ripped from my chest.”

A GoFundMe page for the toddler’s funeral costs has raised nearly $4,500 as of early Friday.