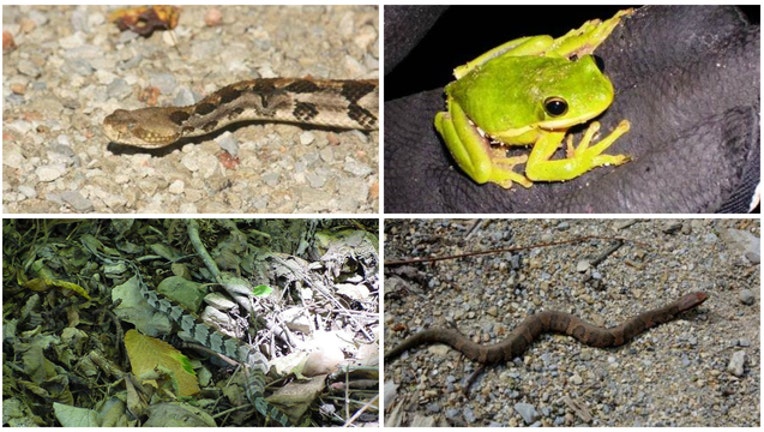 HARRISBURG, Ill. (AP) -- A 2 1/2-mile road in the Shawnee National Forest is closing to allow snakes and other amphibians to migrate from the limestone bluffs where they've spent the winter to a nearby swamp.

The Southern Illinoisan reports  the stretch known as Snake Road will close to motor vehicle traffic from March 15 to May 15 to ensure safe crossing.

The road -- also known as LaRue Road and Forest Service Road No. 345 -- will remain open to foot traffic.

People from across the country visit the national forest to see the gradual migration. Many of the species are considered threatened and endangered in Illinois and the U.S.

Snake road is west and south of Murphysboro and east of Route 3. If you go there, you might see: