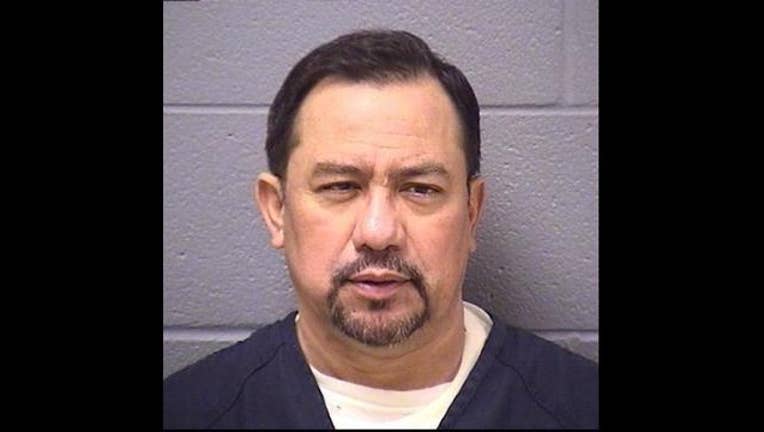 SUN-TIMES MEDIA WIRE - An Indiana truck driver has been sentenced to 10 years in prison for a wreck that killed five people on Interstate 55 near southwest suburban Channahon in 2014.

Francisco Espinal-Quiroz, 53, of Leesburg, Indiana, pleaded guilty in November 2016 to five counts of reckless homicide and one count of falsifying the record of his driving status, the Will County state’s attorney’s office said in a statement after sentencing on Thursday.

Espinal-Quiroz was driving a Freightliner semi trailer north about 2:15 p.m. on July 21, 2014 on I-55 in the southwest suburbs when he entered a construction zone where traffic had slowed to between 3 and 5 mph, prosecutors said.

Espinal-Quiroz had set his cruise control and was traveling at 65 mph when the entered the construction zone and struck a 2012 Kia Soul with Kimberly Britton, 43, Piper Britton, 11, and Timothy Osburn, 64, inside. Kimberly and Pipper Britton will killed in crash and Osburn died at a Chicago hospital 16 days later, the statement said.

Ulrike Blopleh, 48, who was a passenger in a 2000 Chevrolet Astrovan, and Vicky Palacios, 54, riding in a Dodge Avenger where also killed in the crash when their vehicles were struck by the semi, prosecutors said.

An investigation found Espinal-Quiroz began work at 2:30 a.m. that day in South Bend, Indiana, but had falsified his log book to state he started work at 6:15 a.m., prosecutors said.