A truck was stuck under a viaduct 63rd and State Thursday afternoon.

CHICAGO - Drivers in the Grand Crossing neighborhood had to take a detour during the evening rush Thursday because of a stuck truck.

A semi-truck was stuck underneath the viaduct at 63rd and state.

The city of Chicago said this is a railroad viaduct, and there are advanced clearance signs of 13'-8" on 63rd Street.

No word yet if the truck was freed. 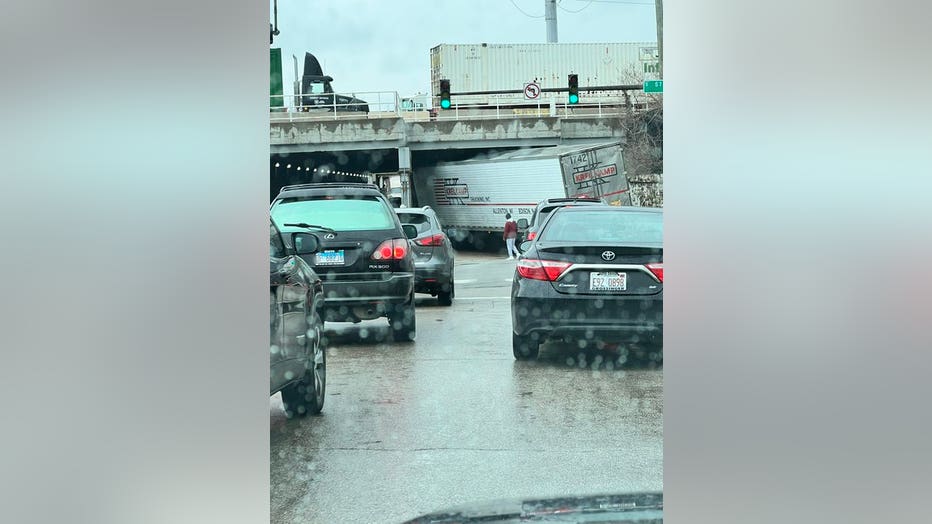