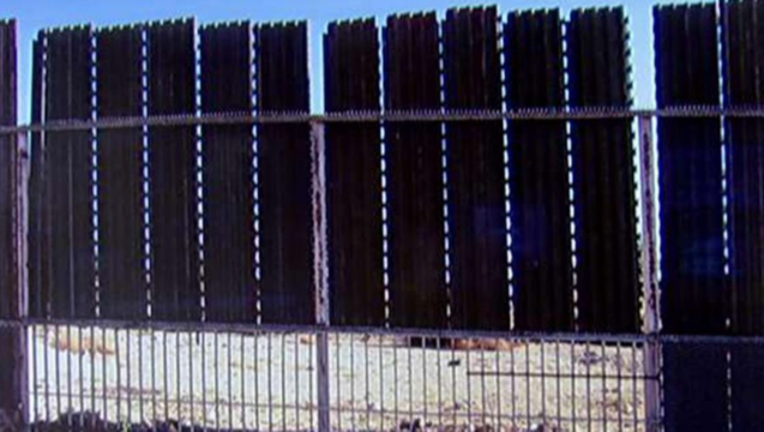 SAN DIEGO (AP) - U.S. Customs and Border Protection said Friday that it plans to start awarding contracts by mid-April for President Donald Trump's proposed border wall with Mexico, signaling that he is aggressively pursuing plans to erect "a great wall" along the 2,000-mile border.

The agency said it will request bids on or around March 6 and that companies would have to submit "concept papers" to design and build prototypes by March 10, according to FedBizOpps.gov, a website for federal contractors. The field of candidates will be narrowed by March 20, and finalists must submit offers with their proposed costs by March 24.

The president told the Conservative Political Action Conference on Friday that construction will start "very soon" and is "way, way, way ahead of schedule."

The agency's notice gave no details on where the wall would be built first and how many miles would be covered initially. Homeland Security Secretary John Kelly has sought employees' opinions during border tours of California, Arizona and Texas.

It's unclear how soon Congress would provide funding and how much. The Government Accountability Office estimates it would cost on average $6.5 million a mile for a fence to keep out people who try to enter on foot and $1.8 million a mile for vehicle barriers. There are currently 354 miles of pedestrian fencing and 300 miles of vehicle barriers, much of it built during President George W. Bush's second term.

Republican leaders in Congress have said Trump's wall would cost between $12 billion and $15 billion. Trump has suggested $12 billion.

An internal Homeland Security Department report prepared for Kelly estimates the cost of extending the wall along the entire U.S.-Mexico border at about $21 billion, according to a U.S. government official who is involved in border issues. The official spoke on condition of anonymity because the report has not been made public.

The Homeland Security report proposes an initial phase that would extend fences 26 miles and a second wave that would add 151 miles, plus 272 "replacement" miles where fences are already installed, according to the official. Those two phases would cost $5 billion.

The price tag will depend largely on the height, materials and other specifications that have not yet been defined.

Granite Construction Inc., Vulcan Materials Co. and Martin Marrieta Materials Inc. are seen as potential bidders. Kiewit Corp. built one of the more expensive stretches of fencing so far at a cost of about $16 million a mile, a project in San Diego that involved filling a deep canyon known as Smuggler's Gulch.

Cement maker Cemex SAB is also seen as a potential beneficiary even though it is based in Mexico.