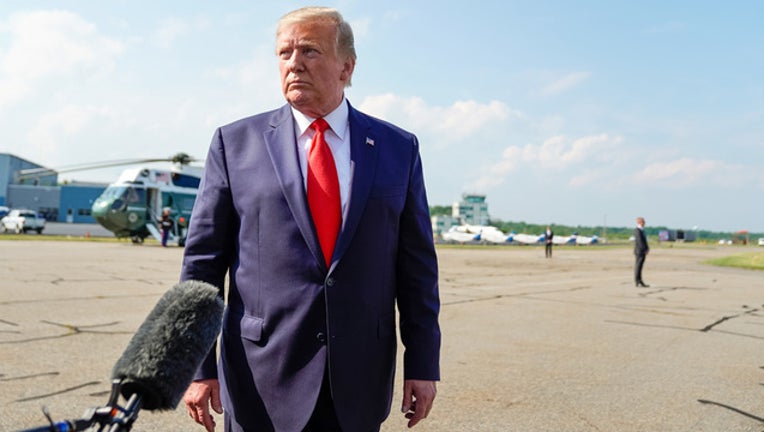 President Donald J. Trump speaks to reporters Sunday, July 7, 2019, as he prepares to board Air Force One at the Morristown Municipal Airport in Morristown, N.J., for his return to Washington, D.C. (Official White House Photo by Shealah Craighead)

WASHINGTON - (AP) -- The Trump administration is moving to end asylum protections for most Central American migrants.

A rule published Monday bars migrants from seeking asylum in the United States if they've traveled through another country first.

Tens of thousands of migrant families from Central America travel through Mexico to the U.S. each month, many claiming asylum. The Trump administration claims families are taking advantage of legal loopholes it says allow migrants a free pass to the country while they wait out phony asylum requests.

The rule is almost certain to face a legal challenge.

U.S. law allows refugees to request asylum when they arrive at the U.S. regardless of how they did so. But there's an exception for those who have come through a country considered "safe."

Immigrant rights groups say the Republican administration's policies are a cruel effort to keep immigrants out.