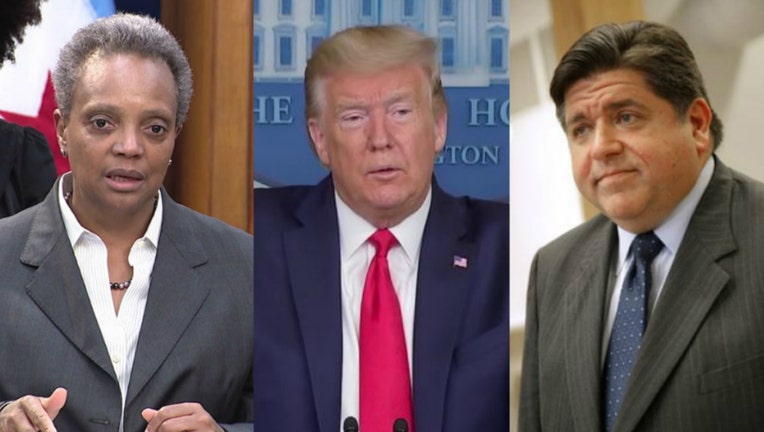 CHICAGO - A new battle of words is brewing between President Donald Trump and Mayor Lori Lightfoot and Governor JB Pritzker.

On Friday, Trump penned a letter to the local leaders accusing them of putting their political interests ahead of citizens when it comes to the city’s gun violence.

"Your lack of leadership on this important issue continues to fail the people you have sworn to protect," the president said in his letter. "I am concerned it is another example of your lack of commitment to the vulnerable citizens who are victims of this violence and a lack of respect for the men and women in law enforcement."

The letter comes just one day after Trump called Chicago, “worse than Afghanistan.”

"...you continue to put your own political interests ahead of the lives, safety, and fortunes of your own citizens. The people of Chicago deserve better," Trump's letter said.

Last weekend, more than 100 people were shot in the city.

The president's letter concludes with a bi-partisanship offer to revitalize distressed neighborhoods.

Both the governor and mayor have responded. Pritzker said: "President Trump is a failure who has once again resorted to a press stunt in an attempt to distract from his long list of failures." The statement goes on to say, "The people of this state and this nation have unfortunately come to expect his unhinged attempts to politicize tragedy."