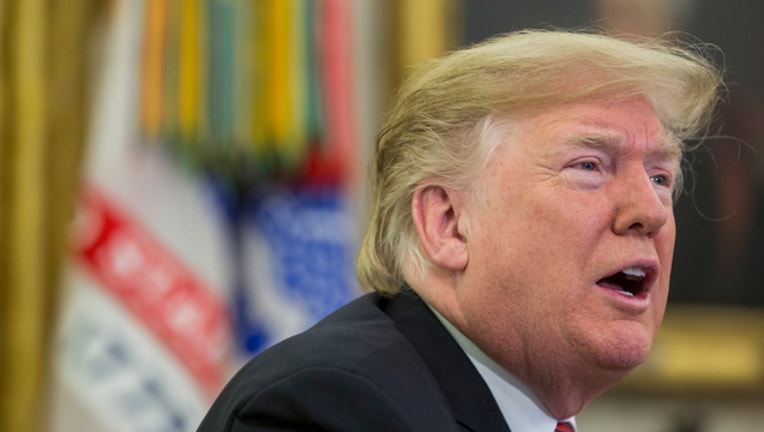 U.S. President Donald Trump answers questions from members of the media following a video call to service members stationed worldwide in the Oval Office at the White House (Photo by Zach Gibson-Pool/Getty Images)

FOX NEWS - President Trump on Thursday pushed Democrats to support his demands for border security by claiming most of the workers affected by the partial government shutdown belong to their party.

The government partially shut down on Saturday after lawmakers were unable to agree on a package to keep the government open that includes funding for Trump’s campaign promise of a wall on the southern border. Trump has said he won’t sign a bill that does not adequately fund the wall, and has demanded $5 billion in funding for the wall.

On Thursday, he questioned if Democrats have realized that “we desperately need Border Security and a Wall on the Southern Border” and said it was needed to stop “Drugs, Human Trafficking,Gang Members & Criminals from coming into our Country.”

He then asked: “Do the Dems realize that most of the people not getting paid are Democrats?”

He did not immediately back up his claim, but there is evidence to suggest that federal workers as a bloc skew toward voting for Democrats. The Hill reported that in 2016, 95 percent of the roughly $2 million from 14 agencies spent on presidential politics went to Democratic nominee Hillary Clinton’s campaign.