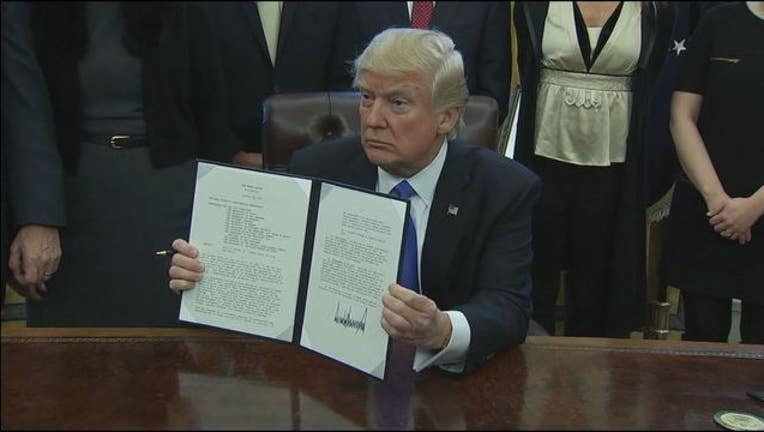 On the campaign trail, Trump claimed he had a secret plan for defeating ISIS.

In September, Trump told FOX News that to defeat ISIS, the United States needed to "knock the hell out of them. We're going to have to do something extremely tough over there."

Trump also signed an executive order that bans administratoin officials from ever lobbying the U.S. on behalf of a foreign government. The order imposes a five-year ban on other lobbying.