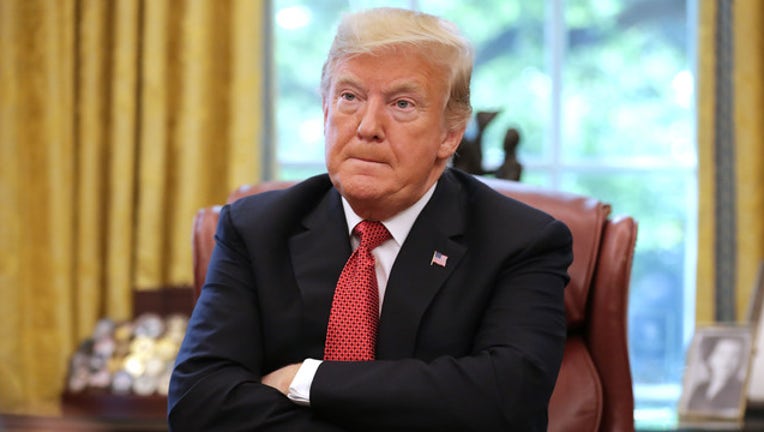 U.S. President Donald Trump talks to reporters while hosting workers and members of his cabinet for a meeting in the Oval Office at the White House October 17, 2018 in Washington, DC. (Photo by Chip Somodevilla/Getty Images)

WASHINGTON (AP) -- President Donald Trump is lashing out over a caravan of Central American migrants trying to reach the United States, saying that if Mexico does not stop the effort, he will use the military to "CLOSE OUR SOUTHERN BORDER."

Trump tweeted Thursday that he wanted "Mexico to stop this onslaught." He also appeared to threaten a revamped trade deal with Mexico and Canada.

Trump did not detail his military threat. Earlier this year, some National Guard members were deployed to the border on a limited mission that does not include contact with migrants.

More than 2,000 Hondurans are in a migrant caravan trying to reach the United States.

Mexico's government says migrants with proper documents can enter and those who don't either have to apply for refugee status or face deportation.