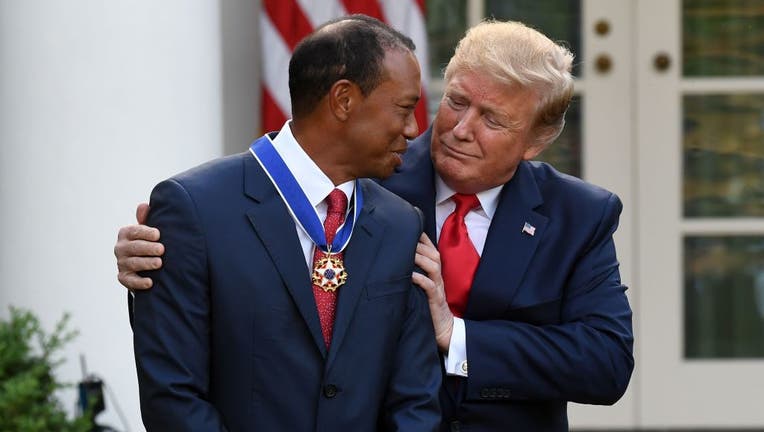 TOPSHOT - US President Donald Trump presents US golfer Tiger Woods with the Presidential Medal of Freedom during a ceremony in the Rose Garden of the White House in Washington, DC, on May 6, 2019. (Photo by SAUL LOEB / AFP) (Photo credit should read

Former President Donald Trump wished Tiger Woods a speedy recovery after the legendary golfer was involved in a rollover crash in California on Tuesday.

"Get well soon, Tiger. You are a true champion!" Trump said in a statement.

"He is currently in surgery and we thank you for your privacy and support," Steinberg said.

FOX 11's Bill Melugin said an LASD source told him that drugs and alcohol did not appear to be contributing factors in the crash.