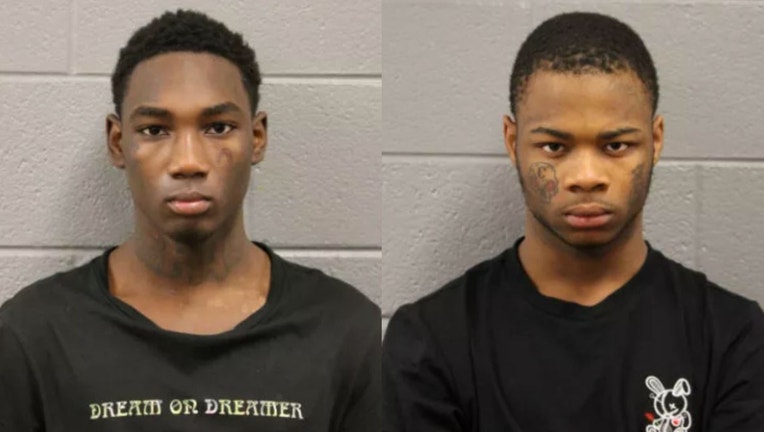 CHICAGO - Two men were held without bail Thursday for their alleged roles in a 2019 shooting that left two dead and another wounded in East Garfield Park.

LaDarius Howard and Cornelius Valentine exited a stolen car the morning of April 10, 2019 and opened fire at a group of people standing at a corner in the 600 block of North St. Louis Avenue, Cook County prosecutors said.

Terrell Haggins, 17, and his brother were pursued by the shooters, who caught up with Haggins when he became trapped in a yard in the 3400 block of West Ohio Street.

Valentine, 18, shot the boy repeatedly in the face, prosecutors said. Haggins’ brother got away.

Valentine and Howard, 19, were arrested Tuesday and charged with first-degree murder, attempted murder and aggravated battery with a firearm.

The pair are due in court again Aug. 25.