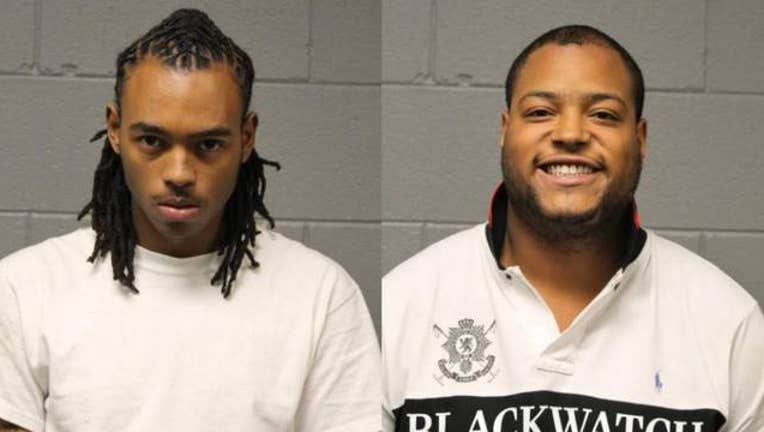 David Calvin, 20, and Kevin Billingslea, 27, each face one felony count of aggravated discharge of a firearm at an occupied vehicle.

CHICAGO - Two men were charged with firing shots from a vehicle Saturday afternoon in the South Loop.

David Calvin, 20, and Kevin Billingslea, 27, each face one felony count of aggravated discharge of a firearm at an occupied vehicle, according to a statement from Chicago Police.

Officers heard shots fired about 2 p.m. in the area of East Balbo Avenue and South Columbus Drive and determined that people inside two vehicles were shooting at each other, police said. No injuries were reported.

The men sped away from the scene of the shooting in a Jeep Grand Cherokee, which was later stopped on the Eisenhower Expressway at California Avenue, police said. They were subsequently arrested and a gun and shell casings were found inside the vehicle.

A third person was taken into custody Saturday after the shooting, but that person has been released without charges, police said.

Calvin and Billingslea, who both live in the 4500 block of North Clarendon, were both scheduled to appear in bond court Monday.