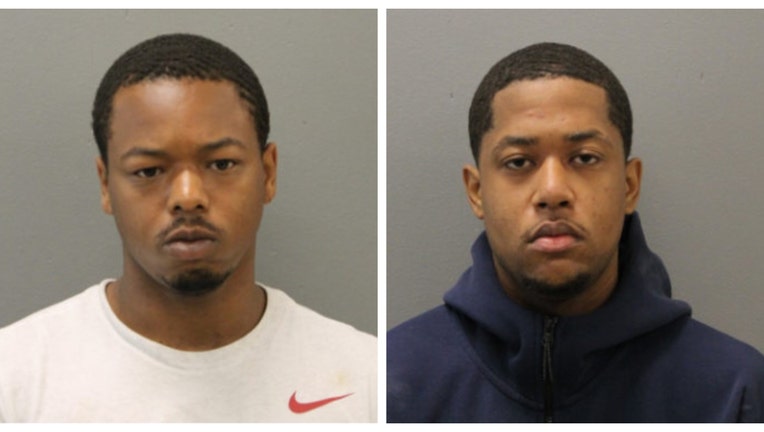 CHICAGO - Two 23-year-old men have been charged with unlawful use of a weapon Thursday after an expressway chase that began in Chicago Lawn and ended in Roseland on the Far South Side.

About 10:03 p.m. on Wednesday, officers responded to a vehicle driving at a high rate of speed on Interstate 94 southbound at 71st Street. Officers located the vehicle on Interstate 57 southbound at 111th Street and recorded the license plate number.

The driver, Hill, was allegedly was wearing a ski mask and Tucker was in the passenger seat. Both attempted to flee once they noticed the officers on the expressway, police said.

Officers used an ISP Air Operations plane to monitor the vehicle until it ran out of gas on Interstate 57 near Interstate 294, police said. Both men allegedly got out of the vehicle and ran.

Hill and Tucker were arrested after a brief foot chase blocks away minutes later, police said.

A weapon was also recovered from each of the suspects.