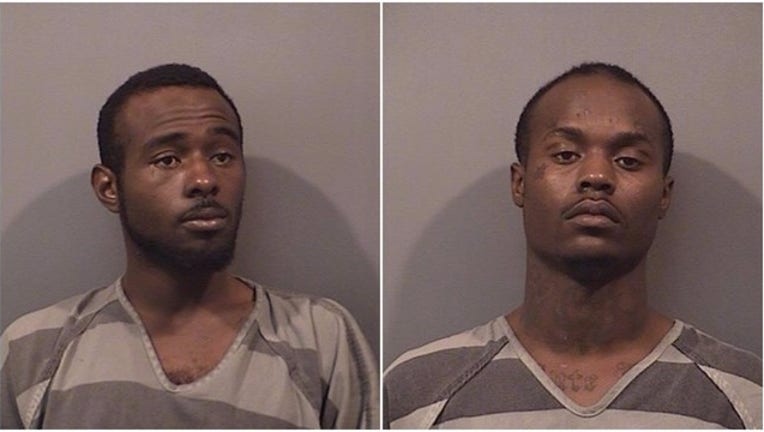 Detectives found a vehicle used in the first robbery and a K-9 unit led them to two men walking up County Line Road, who were picked up by another vehicle, police said.

Officers pulled over that car and arrested Gary residents Antonio Adger and Dominique Labon, police said. Adger, 29, was charged with all three armed robberies, while Labon, 22, was charged in only the first.

Detectives are still investigating the robberies. Anyone with information should call (219) 881-1210.