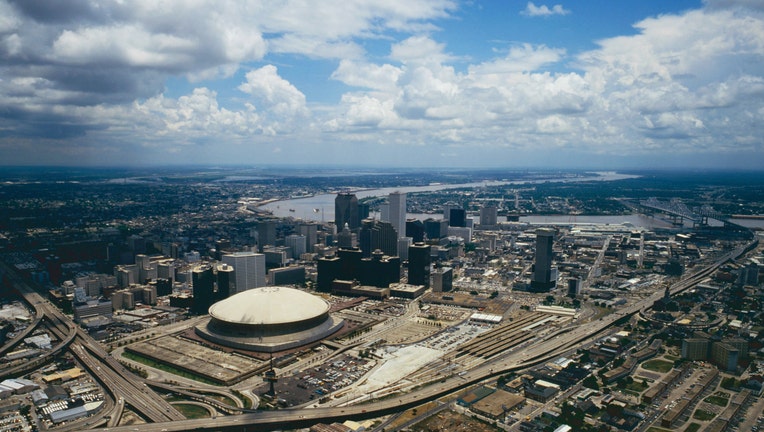 NEW ORLEANS - Two people trying to enter an unauthorized area near the Superdome were involved in a shootout with the venue's security officers before fleeing, New Orleans police said Saturday.

Superdome security found the two individuals around 3 a.m. and told them to leave the area, police said. At least one person fired a gun that struck a car windshield. The security officials fired back before the pair ran away.

Authorities said no one was injured during the shootout.

No arrests have been made, but police said the investigation is ongoing.

In a statement late Saturday morning, authorities said they do not believe the incident was "connected to terrorist activity."

Security at the venue is extremely tight in light of President Donald Trump's plans to attend the College Football Playoff Championship game on Monday between No. 1 LSU and No. 3 Clemson. Events in the Superdome start Monday evening.