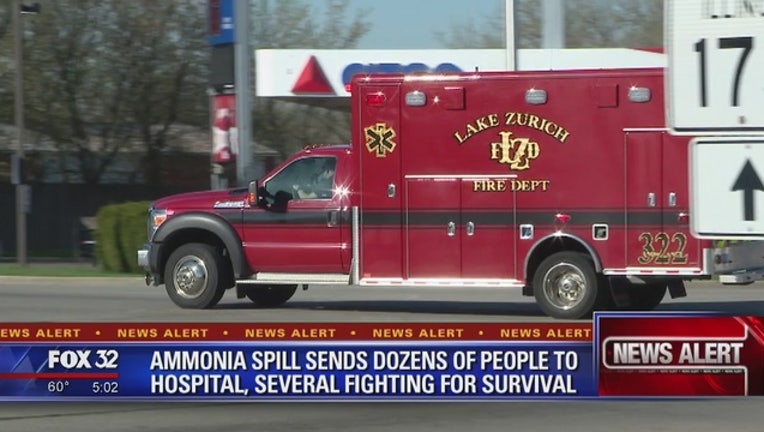 Lake County Sheriff's spokesman Christopher Covelli said Monday that the other 35 people who were treated after Thursday's leak have been discharged, including all first responders. Eleven firefighters and three law enforcement officers were among those injured.

Covelli says the two who remain hospitalized have been upgraded from critical to serious condition and moved out of intensive care.

A tractor driver was towing tanks of anhydrous ammonia from Pleasant Prairie, Wisconsin, to an Illinois farm when the chemical leaked, creating a toxic gas cloud.

The leak occurred in Beach Park, about 40 miles (65 kilometers) north of downtown Chicago. The National Transportation Safety Board is investigating.