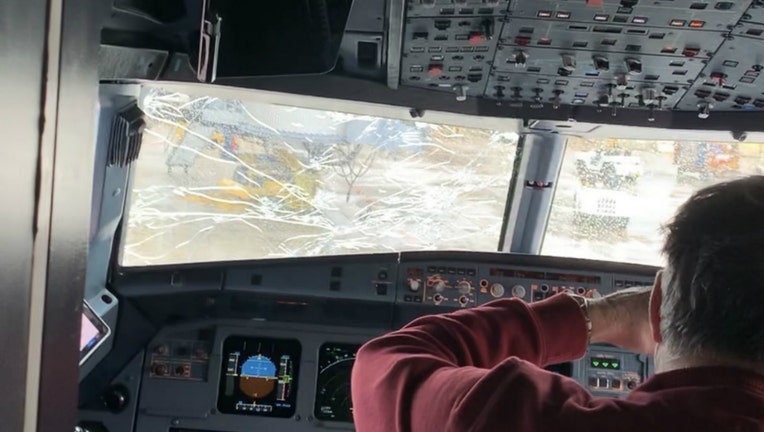 CHICAGO - There were some intense moments aboard a United flight on Monday.

The plane had to make an emergency landing back at O’Hare International Airport after the windshield cracked. The flight was on its way to Virginia.

A person who was on the flight says they flew through a hailstorm and that is what caused the damage.

In a statement, United said the flight turned around due to severe weather and everyone was safely moved to a new aircraft.