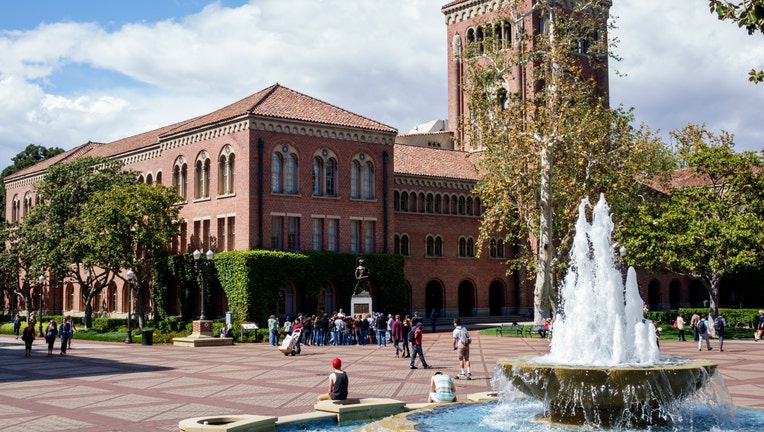 LOS ANGELES - In an effort to widen access for more middle and low-income students, USC will eliminate tuition for families earning $80,000 or less annually and will no longer consider home equity in financial aid calculations, it was reported Thursday.

The new policies announced by USC President Carol Folt and reported by the Los Angeles Times will place the private campus on par with the public University of California, long known as a national leader in generous financial aid policies and high numbers of low-income students.

While other elite private universities, such as Harvard and Stanford, provide tuition-free educations to families earning as much as $150,000 annually, their endowments are far larger. Harvard's endowment is $40.9 billion and Stanford's is $27.7 billion, compared to USC's $5.7 billion.

"We really want this to be an institution where great students can attend regardless of their financial background," Folt said in an interview. "Education should be the great bridge across income that really is the equalizer and makes our talented, hardworking students able to make real contributions."

Eliminating home equity as a factor in financial aid calculations, which Stanford also removed for the current academic year, would make a significant difference for many Californians whose home values have skyrocketed over time, but whose incomes have not increased at the same pace. Folt said she was concerned about access to USC for such families.

She said families work hard to own a home and then find out in the financial aid process that their "home might be the piece inhibiting their ability to put their kids through school."

"That just felt wrong," she said.

The new policies will be phased in with first-year students enrolling in fall 2020 and spring 2021. USC estimates that about one-third of each entering class of about 3,000 students will benefit from increased annual aid of about $30 million overall and up to $45,000 for each eligible recipient over the course of their undergraduate studies. Transfer students are not eligible for the new initiative, but may still receive financial aid under previous policies.

The cost of a private college education has reached staggering heights for many families, The Times noted. At USC, the total cost of attendance for 2019-20, including housing, food, books and materials, is $77,459, with tuition alone at $57,256. By comparison, annual costs at the University of California total about $36,100, with resident tuition at $12,570.

"A great education should not be limited by the ability to pay," Folt told The Times.