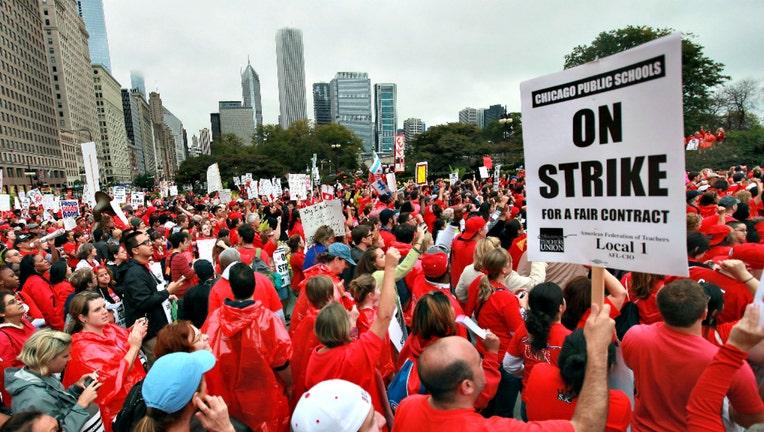 CHICAGO - A published report shows a fraction of teachers and school employees crossed picket lines during the Chicago Public Schools strike in October.

The Chicago Sun-Times reports 582 employees of a total 32,500 union members went to work during the 11-day strike.

The newspaper cites records it obtained.

An average of 93 of the Chicago Teachers Union's approximately 25,000 members went to work daily, which is less than 1%.

CTU says it won't seek out strikebreakers but will hold hearings on potential punishments if they're told who crossed picket lines.