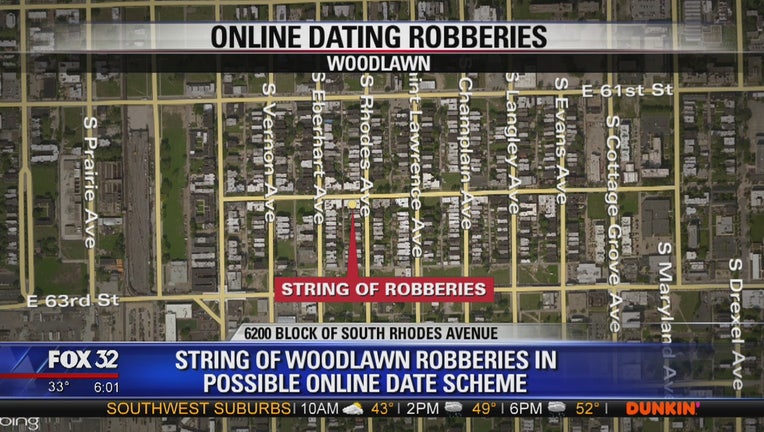 CHICAGO - Chicago police are warning Woodlawn residents of a string of robberies reported in October and November that may be connected to the use of online dating sites.

Police believe the victims may have been lured to the area via social media dating sites, then robbed of their personal property. In one instance, a victim’s vehicle was stolen, police said.

The four robberies all happened during the late evening and early morning hours in the 6200 block of South Rhodes Avenue, police said. Two happened on Oct. 15, with one more each on Nov. 13 and Nov. 23.

Police believe up to three males and one female in their early 20s are behind the robberies.