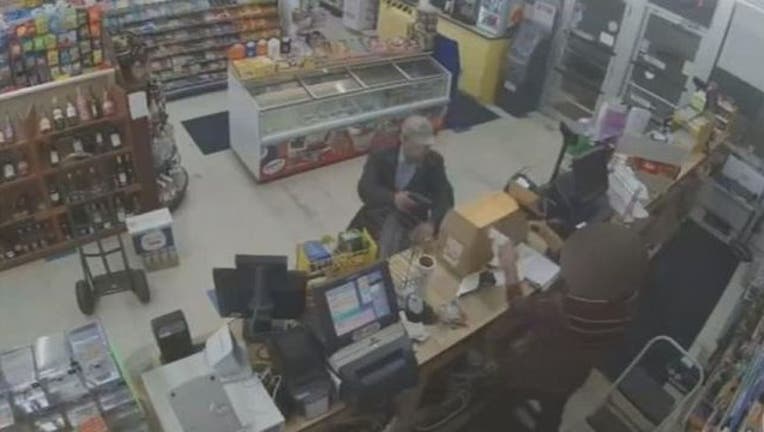 Clerk at an Ohio food mart said he had no choice but to shoot a would-be robber with a gun. (Fox 28 Columbus)

Emanuel Hamm, 27, was charged with aggravated robbery, according to the station. He reportedly suffered a gunshot wound to his hand. The clerk was behind the counter when authorities say Hamm walked into the M & M food market and gas station in Darbydale Thursday night with a handgun, FOX 28 Columbus reported. The clerk told the station Hamm looked suspicious to him.

The video shows the clerk reaching in his back pocket for his gun as Hamm nears the counter. “As soon as I saw the gun, I pulled mine and I shot him,” the clerk said.

He expressed sympathy for the man he shot. “I feel bad for him, but I didn’t have a choice,” the clerk told the station.