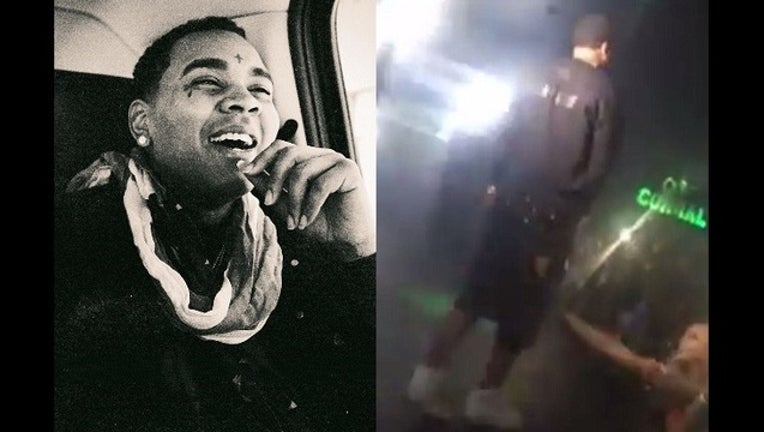 LAKELAND (FOX 13) - A young woman is sore, and an up-and-coming rapper is under investigation after what happened at his concert Friday night.

A video shows rapper Kevin Gates kicking Miranda Dixon after she tugged on his shorts. The impact of the kick was so hard you can hear a thud.

The video has gone viral and has been aired nationally on TMZ, which is seen by millions of viewers.

This is not the first time Gates has had a run-in with a fan. Another video shot at a Michigan club shows him fighting with at least two female fans. He has also been in prison for several years after being convicted on drug and weapons charges.

Along with the police investigation, Gates may have to deal with possibly being sued.