Officer Jon Finze was patrolling with his K9, Badger, when they had to block traffic to stop a wrong-way drunk driver, police said.

WAUCONDA, Ill. - Dashcam video was released Monday that shows a suburban Chicago police officer risking his life to protect other drivers from a DUI suspect who was going the wrong way.

They found that driver, later identified as Anthony D. Smith, 46, near Route 176. 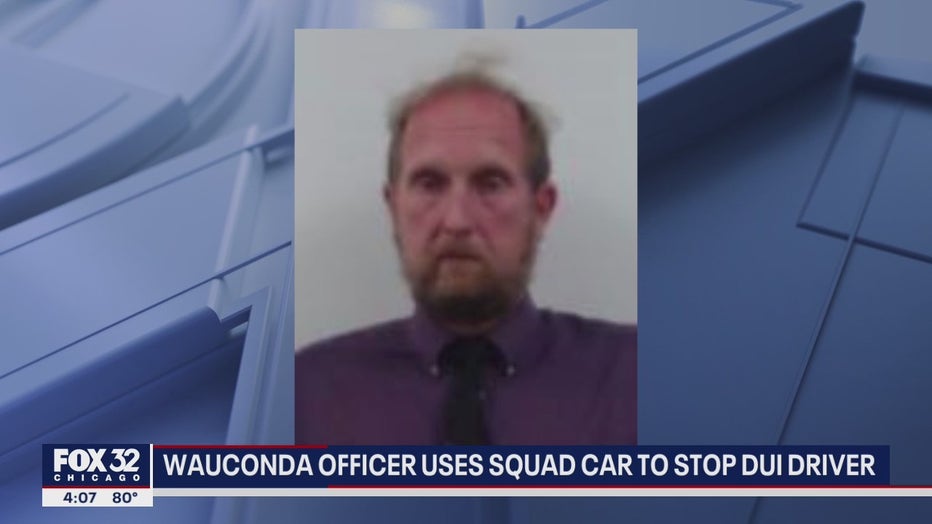 Finze said he turned on his lights and sirens in an effort to get Smith to pull over before someone was hurt, but Smith kept on going as more traffic headed their way.

Finze decided to block traffic with his own squad car, and about 20 seconds later, Smith smashed his Nissan right into it.

Finze sustained minor injuries and Badger is being evaluated. Smith was not injured.

Smith has at least three prior charges of driving under the influence and right now he shouldn't be driving at all — his license is suspended. He is now facing a bunch of new charges.