Police in Maryland are investigating after chaos and violence was caught on camera during Six Flags Fright Fest over the weekend.

BOWIE, Md. - Chaos and violence erupted at Six Flags America in Prince George's County Saturday night causing the annual Fright Fest to shut down early. PGPD have confirmed they are working to identify suspects and victims.

Another video shows parked cars with smashed out windows with young people jumping on and vandalizing the vehicles.

Prince George's County police said Sunday that no arrests were made. Videos show officers on scene trying to intervene in the brawls.

PGPD released this statement Monday afternoon about the violence:

"The Prince George’s County Police Department is working to identify those who were victimized by acts of vandalism that occurred this weekend at Six Flags Amusement Park.  We are reviewing video and attempting to identify tag numbers and victims as well as potential suspects. Once we identify the suspects then the States Attorney’s Office can determine potential charges.

Prince George’s County Police Department meets regularly with Six Flags to discuss public safety and the security plan of the amusement park. The plan established is based off the previous year’s crowd history and upcoming events. The Police Department is meeting with Six Flags later this week to review the security plan and offer recommendations." 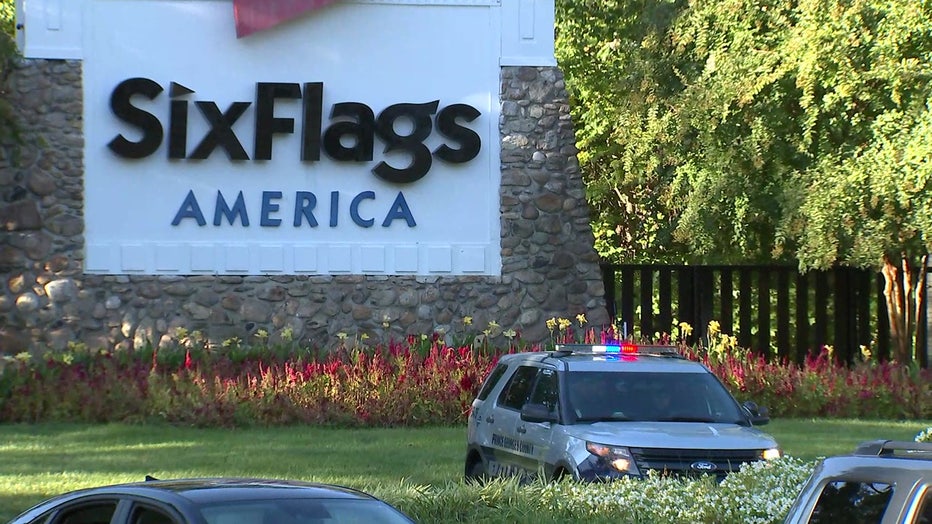 FOX 5 spoke to several young people who witnessed what happened. They said many of the people fighting were 14 and 15 years old. They said they did not know what prompted the violence.

A woman visiting from out of town said she was confused when Six Flags starting telling her and others to leave.

"Because we weren't being told what was happening when we asked security, we had no idea why we were being told to leave the park," said the woman, who asked only to be identified by her first name, Jenny. "That created a lot of "what if" scenarios in my head. We immediately got in the car and tried to get far from the property out of fear of what it could be." 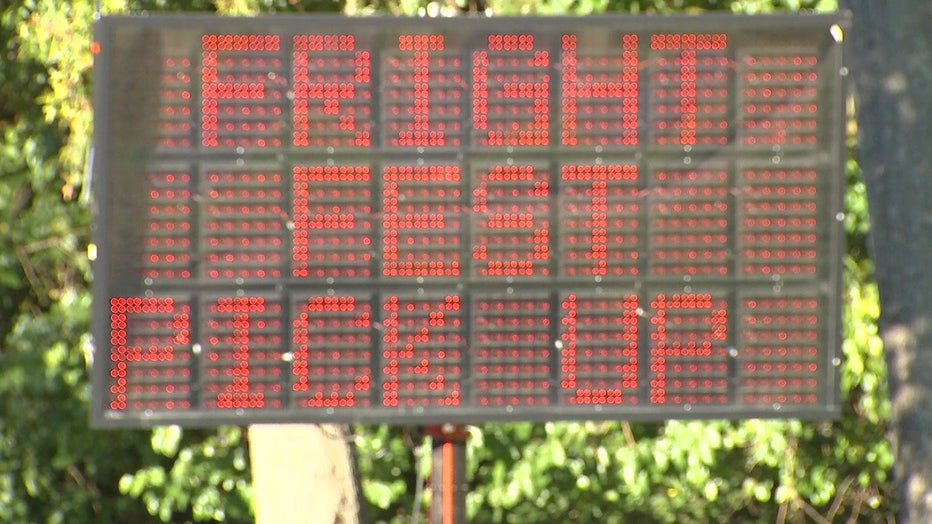 A spokesperson for Six Flags provided a brief statement saying:

"The safety of our guests and team members is always our top priority. After observing the improper behavior of some guests, the park was closed approximately an hour early out of an abundance of caution."

Police said vandalism reports had been filed with the park over the damaged cars.

Six Flags did not respond to requests for information about how many reports were filed or whether there was additional security on hand for Fright Fest on Sunday.